I have a proud proclamation! I love the Smurfs!

This has been bottling up in me for a while now.

I love the Smurfs.

I am proud and practising Smurfaholic. For over 30 years now.

Till today, my face breaks into a toothy grin on hearing the La La song. I continue to swing my fists in indignant fury at the nonsensical schemes Gargamel cooks up.

Here are the seven reasons why I love the Smurfs.

1) Papa Smurf is such a great leader

We all need someone to depend on, someone to look up to, eh? In Smurf Village, Papa Smurf fulfils that role, often, admirably. Sure, he could be a tad draconian sometimes. He basically dictates whatever he thinks should or should not be done. No questions entertained. But come on, he’s over five centuries old and a superb magic user. You seriously think you would know better than him?

I mean, just consider how shrewd Papa Smurf is when it comes to Gargamel. I have no doubt Papa Smurf can take out Gargamel anytime, but he choose to tolerate constant threat from the bumbling wizard just so to keep his Smurfs on their toes. Think about the wisdom behind this profound social engineering! As much as I love the Smurfs, I’m also jealous of how they have such a splendid leader to obey and look up to.

2) All Smurfs have the perfect job

Check out all the online help articles on jobs and job hunting. How to do well at interviews, 101 sure-fire ways not to annoy your boss, etc. Despite so much advice, job-related frustrations remain one of the most stressful concerns worldwide. In turn, these frustrations lead to broader social issues, such as immigration, socially unfair practices, Trump, etc.


Wouldn’t it be great if you’re liberated from such worries? Wouldn’t it be fantastic if you’re assigned a job from birth, and you don’t have to worry about job hopping or promotions forever because you will be in that job for life?

That happens in Smurf Village. Whatever job you’re assigned to would be the task you’re best at, which you would then do FOR LIFE. In turn, this leads to you becoming indispensable, which seriously does wonders for your ego.

Of course, there’s a chance you might not be given the job you prefer to do. But come on, harmony and sustainability of the village come first. (In your case, country) And from the Smurfs, we all know it’s possible to be happy doing the job you aren’t given a choice of. Because choice, in so many cases, is no more than a wicked seed for unproductive discontent.

3) They Don’t Need to Worry About Appearances!

Think about it. How much money have you wasted on clothes throughout your life? How much time have you flushed down the toilet thanks to hours of attempt to make yourself look different or better?

Wouldn’t your life be better if liberated from such pointless burdens? Through the assurance that everybody else would always look the same as you?

On top of which, when everybody looks the same, everybody looks good by default! Everybody then feels inclined to work harder and work together. This leads to productivity spikes. If you ask me. That’s the reason why Smurf Village never runs out of food too.

4) Smurfs Have No Financial Worries!

If you ask me, most problems of the world stem from money. The lack of, or the excess of.

Smurf Villages immunises itself by entirely removing the source of all evil. Through that, unnecessary social competition is also removed, and every Smurf can then just focus on the basic needs of life, these being food, shelter, and La La singing.

Imagine yourself in their shoes. Don’t you feel your days would be brighter if you could live life that way, relieved of all money concerns? I’m sure mine would. I’m sure yours would too.

5) Every Smurf Fulfills an Important Role in Society!

A while back, I brought up (3) with some confidants and received aghast reactions. These buddies of mine felt it is utterly inhumane to force a person (Smurf) to do the same job from birth to demise. To them, it’s akin to torture.

I’m sorry to say they feel this way because their concept of “jobs” is the human one. As in, the tragedy where you labour for a stipulated amount of hours daily, in exchange for the seeds to the root of all evil.

Not the case for Smurfs, because their jobs include crucial social roles. Joker Smurf obviously does no “work” but what he does do provides important therapeutic distraction and relief.


Similarly, Vanity Smurf has never been seen doing “work,” but his obsession with himself is a crucial social message to other Smurfs of what fools they would be, should they choose to fuss over physical appearances. In indirect ways, Joker and Vanity are cornerstones in maintaining the sanity and sensibility of Smurf Village. The decency too.

In my opinion, no human society has ever managed the thorny topic of “jobs” as well as the Smurfs. Seriously, they put our best HR and economics experts to shame.

6) I Love the Smurfs for Their Faith in Good Old, Down to Earth Hard Labour

Handy Smurf is one of the more likeable characters in the cartoon series. His only flaw is that he regularly poisons Smurf Village with outrageous concepts and inventions. The cartoon series often demonstrate to us how such irresponsible machinations have unspeakable repercussions on society.

Some sort of telephone network utilising plants? Think about prank calls and time wasted on chatting! Some sort of high-rise apartment with cutting-edge technologies? Give a thought to what happens when those technologies fail on you.

You know, I think a lot of today’s worries comes from our gadgets not working as we demand them to. (Every time there’s an Internet outrage in Singapore, there’s a nation-wide uproar)

If only we could live like the Smurfs! No gadgets, no shortcuts, just good old fashion labour each day using hands and while in groups. How peaceful our days would then be!

And at the end of it, we can all enjoy a smurf berry BBQ and sing the La La song the whole night long. Life becomes so simple, so straightforward, so blissful. It’s all about society, and being a working part of it.

7) All Smurfs Are Equal! (Mostly) No Matter What They Do

This isn’t explicitly stated anywhere in the cartoons, but you can’t miss the drift of it. Why else would the huge majority of the Smurfs look and dress the same? Why else would they all live in cutesy mushroom houses?

Yes, yes. I know that Farmer Smurf, Greedy Smurf, etc, dress differently. But come on, they arguably serve the most important functions in the village. Don’t they deserve some symbolic highlight?

And yes, I know some Smurfs are more equal than other Smurfs, Papa being the first to come to mind. But all of us need leaders, don’t we? We also need some way to easily identify Great Leaders?

I think, overall, Smurf Village is the perfect example of how everyone would live in peace if you remove social tensions birthed by meaningless competition. Everybody would learn to love, to share and care, etc. If the human world does this, my goodness, I believe we can even do away with wars! Each day would be one endless, beautiful, La La song. Given enough time, we might even forget the whole concept of armed conflict.

PS: This post is meant for a laugh, although I truly feel Peyo’s Smurfs have strong socialist undertones. And I’m hardly the only person in the world who feels so.

By writing this, I’m also not advocating you watch or reject the cartoons series. In fact, I feel exposure to idealised manifestations of any political philosophy helps us to identify their shortcomings easily. In the case of the little blue ones, how could they possibly not experience discontent after doing the same job over decades and centuries? Certain socialist concepts are inherently flawed. 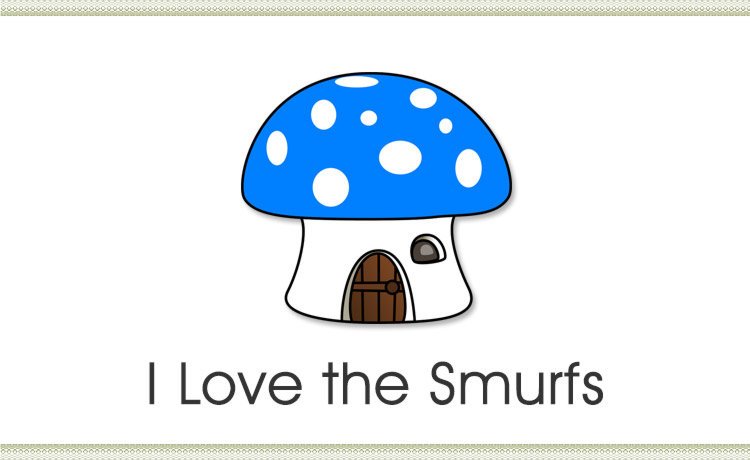 Article Name
Why I Love the Smurfs (And How I Might Be a Borderline Socialist Convert)
Description
I love the Smurfs not only because they are oh-so-adorable, but also because they teach us importance of being socialists.
Author
The Scribbling Geek
Share
Facebook
Twitter
Pinterest
WhatsApp
Linkedin
ReddIt
Email
Previous articleAsian Movie Review – Goemon (五右衛門)
Next articleMovie Review – Boss Baby