Which led me, last Saturday, to make a trip down to Kinokuniya to grab the last copy of Persona Official Magazine Persona 20th!

The last and or the only copy. This has actually been on the racks for a while now. I saw it, I wanted it, but I figured I’d enjoy it (far) more if I buy it after I played the game.

Amazingly, I managed to wait all this while. And the magazine remained unsold!

In summary, the whole magazine is a 20th anniversary celebration of the Persona franchise.

Around a fifth of it is devoted to introducing the games in chronological sequence, while the rest of the pages contain interviews and event features.

Having obsessed over most of the Persona games for weeks and months since 1997, the information presented was nothing new to me. Still, it was enjoyable to see familiar characters assembled together. I particularly love the cast introductions.

The interviews themselves were lengthy, and included discussions with key franchise developers like producer Hashino Katsura and character designer Soejima Shigenori.

Prior to these, there was also a full listing of all Persona music albums released to date. On that, I have to say I was a little disappointed that there weren’t any music lead sheets in the magazine. That would have been awesome! But oh well.

By the way, the ignorant fan I am, I didn’t know Persona Official Magazine is regularly published by Kadogawa Corporation. What I bought was actually a special edition to commemorate the twentieth anniversary of the franchise.

Now that I’ve discovered it, I’d be on the lookout for old issues the next time I get to visit Japan. You bet I will. 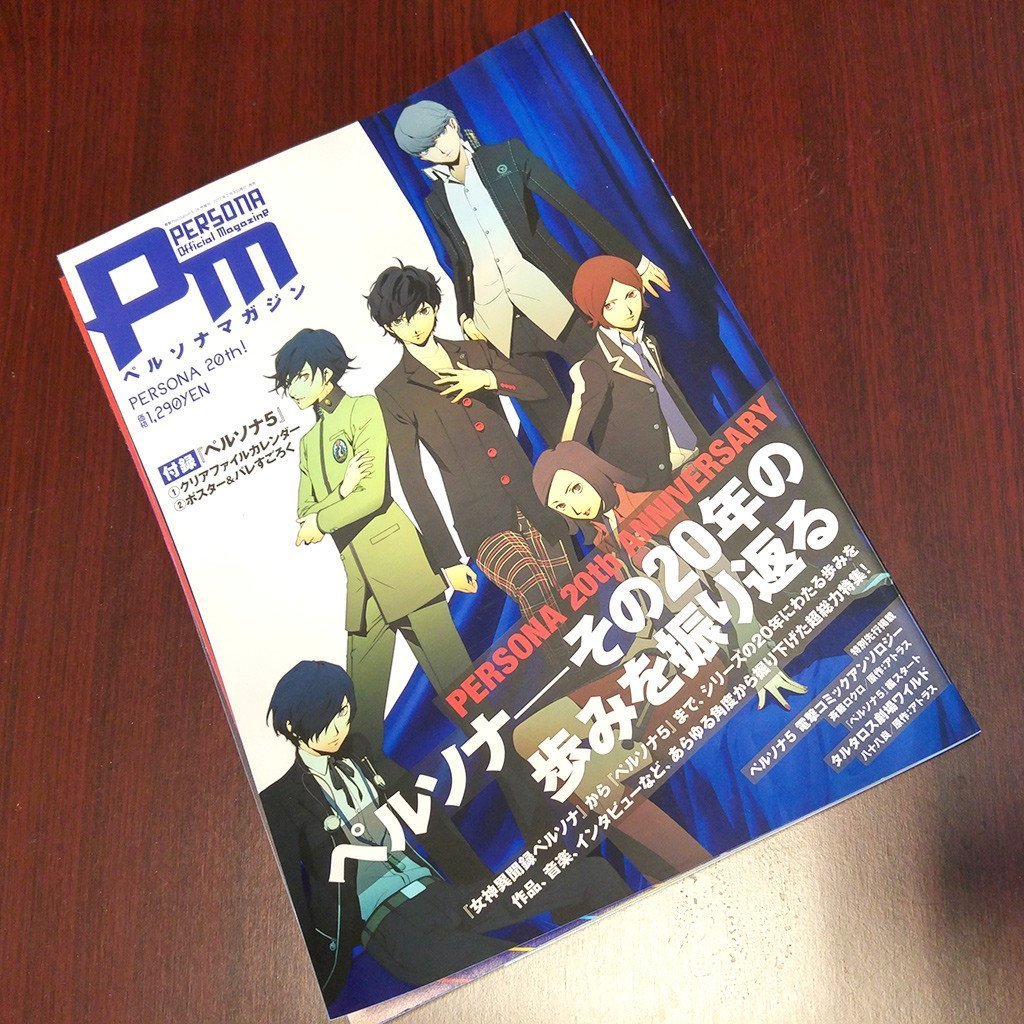