What If You Simply Hate It?

Before After is a Japanese renovation show featuring the “reformation” of appalling homes.

You live in a seriously terrible house. It’s not falling apart but there’s barely enough space for your family and you. Every day is one long struggle not to bump against furniture or trip over boxes.

Or, every day is a string of tedious rituals, no thanks to the many inconveniences in the house. These, stemming from thoughtless architectural or interior design.

Thoughtless design such as, to have dinner, you need to cook it on the ground floor then bring it up to the third floor where the dining room is. Or, when taking a shower on the second floor, everyone else needs to vacate that floor, for there’s no space to undress in the 1m2 bathroom.

In short, inconveniences that don’t exactly kill you, but in the long run, REALLY wear you down. The situation gets so bad you actually loathe going home. Every payday, you comfort yourself by checking yourself into a motel.

Things took a turn for the better, though, a couple of weeks ago. After endless nagging by friends, you swallowed your pride and wrote to one of those before-and-after renovation TV programmes.

Would you believe it? Your house was appalling enough to be picked for a makeover. The camera crew then sweeps in. Your family and you are filmed in your misery, unapologetically. Then out. All of you. Ferried to sponsored lodging while acclaimed architects and designers do their magic. Three weeks later, you return with the camera crew. And upon entering your home …

The makeover is great! GREAT! Great …

Well, your den certainly looks better than before. You see the improvements you expect to see too; the programme lives up to its reputation.

But scattered around are also … changes that just don’t feel, what’s the word, agreeable? Most of these, you foretell, will create new inconveniences in the future. Not as bad as the ones from before, but …

To be fair to the designers and architects, they couldn’t have predicted these inconveniences without living in your house for at least a year. In other words, it’s largely your fault for not thoroughly briefing them in the first place. These missteps aside, there are also changes that are just plain weird to you. Nothing you can’t endure. But if you have to live with them for the next ten years …

Behind you, the polite designer awaits your jubilation. Your gratitude.

On your right, your spouse slightly leans against you. He or she shares your thoughts.

What do you do? What do you say? Oh, what the hell? You loathe it! My God! Why on earth is your bedroom now in the attic?

Before After, A Japanese Renovation Show Featuring Dramatized Home Makeovers

Over the last few weeks, I’ve been pretty obsessed with watching a Japanese renovation show called Before After (大改造！劇的ビフォーアフター).

Like other shows in this genre, Before After always begins with an individual or a family struggling in appalling housing conditions. The bulk of each episode then features painstaking improvements to the hell hole, presented with a heavy element of mystery so as to build up anticipation.

Lastly, every episode invariably ends in the same way. The struggling ones return to their revamped homes. There is drama, joy, surprise, shock, etc. Occasionally, the owners get so emotional, they break into tears.

Oh, there are Japanese comedic talk show elements too. In the form of a panel of celebrities invited to “guess” the purpose of strange fittings custom-made for the makeover.

I enjoyed Before After for several reasons. First and foremost are the creative storage solutions devised by the designers to solve the issue of space, this frequently being the worst frustration. My goodness, some of the solutions are nothing short of inspirational! The best ones eventripled storage space, believe it or not.

Secondly, the show is respectful. None of the families or individuals are ever portrayed as slobs. Their lodging issues are almost entirely the result of outdated house designs, uninformed decisions over the years, or life situations. The last being families that couldn’t afford a larger place or are too elderly to shift.

Oh, one other thing. Before After paints a grim picture of the actual housing situation in Japan. Space is really precious in Japanese cities, and quite often, a “house” is no more than a mere 40m2. Thus, when you need more room, the only way to go is up. Needless to say, this quickly creates nightmares. Nightmares such as 60 degrees twisting staircases.

Or 6m2 cells doubling as kitchen and bathroom.

Or toilet entrances right next to the common sleeping area. You can’t pee in the night without waking up half of the family. Woe be to your loved ones if you need to take a dump at 3 am.

That sort of thing. Watching Before After is in a way, akin to watching a documentary on Japanese domestic living conditions. It also makes you glad to live in a decent home, if you have one.

But Going Back to my Earlier Question i.e. My Post Title …

What would you do if you were selected for an episode of such a show, and by most standards the renovation was brilliant, but you simply do not like what was done?

You don’t exactly hate it. But to have to live with what’s done for the next ten years …

Don’t get me wrong. In many episodes, people cried in joy after the unveiling. (I cried during one episode too. One about a yakitori store) Dramatization or not, gratitude from the homeowners largely comes across as being genuine.

That said, there were a couple of episodes in which the owners’ reactions were surprisingly subdued. I might be imagining things but these owners were hardly as elated as I thought they would be. Actually, I believe I was more enthusiastic as a viewer.

It’s like, these homeowners merely flashed polite, very Japanese smiles, and muttered Sugoi softly. No loud, breathless SUGE!!! Certainly no protracted EHHHH!!! To me, it was almost as if they were thinking: This is great. But if … If … Or maybe it was a case of: This is really nice to look at. But if I were to have a say. Had I been given a say …

Meanwhile, everybody, including me, anticipates their unbridled joy. Cameras are thrust in their faces to capture their many bows and repeated arigatous.

The arigatous do not come. Worse, it’s obvious the owners themselves know what they should say. But just can’t bring themselves to do it.

What is one to do when trapped in such an awkward situation?

What can one do in such a painful situation?

I do wonder whether Japanese renovation shows like Before After have unaired epilogues. Epilogues in which owners and crew debate over minor alternations, before ruefully agreeing on a list of changes.

PS: As it seems, there was some controversy over one makeover. Or “reform,” as it’s called in Before After.

An elderly gentlemen was immensely unhappy with his house reform, and the resulting hoo-hah supposedly resulted in the show being reassigned to an ad-hoc basis. (Something like that)

My Japanese isn’t good enough to understand all the details or the YouTube videos about this controversy. But if that was indeed the case for the reassignment of the show, it’s really unfortunate because many of the makeovers were fantastic. (At least, when viewed in the show)

PPS: As one can easily guess, children are usually the ones most receptive to the makeovers. They should be; they tend to be given secretive loft rooms and the likes of. I want a loft room, at my age! 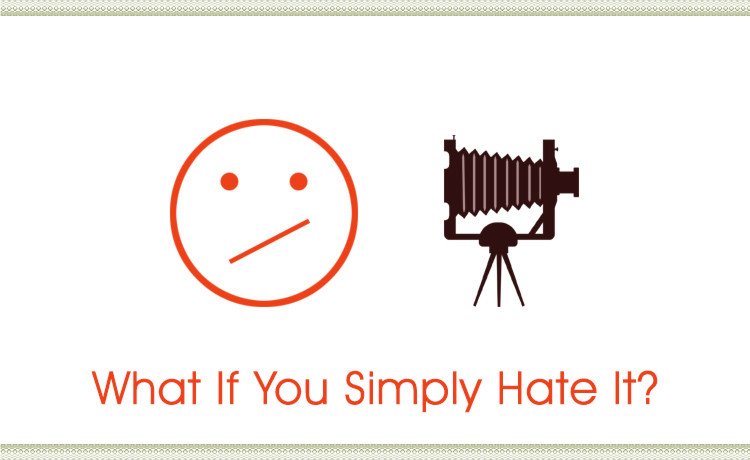 Article Name
What If You Simply Hate It? | Japanese Renovation Show Before After
Description
I would love for my home to undergo a makeover in the Japanese renovation show, Before After. But ... what happens if I hate the new design?
Author
The Scribbling Geek
Share
Facebook
Twitter
Pinterest
WhatsApp
Linkedin
ReddIt
Email
Previous article
Discovery of the Day! Retro Yamaha Electone Books | Mar 23, 2017
Next article
Movie Review – Life