In the Face of Depression

Ever encountered someone with symptoms of depression? If so, did you keep away or did you do your best to reach out?

Imagine yourself back in school.

Imagine yourself during the best or worst years of your youth.

Your daily life consists of little more than lessons and hanging out with a preferred group of schoolmates i.e. buddies. After lessons, you loiter about in school, fuss over mountains of homework, or make short excursions to nearby places to hang out.

Once in a while, say twice a semester, you go somewhere further, a celebration of the everything and nothing that is adolescence. Regarding your buddies, some of them get on your nerves now and then. Wait, actually the whole group teases you more than anyone else. But given any choice, you would still prefer to be with this lot. You can’t imagine how the days would be without their company. Despite their incessant pranks and gimmicks, they still feel to be more tolerable than the rest of the world.

More tolerable, that is, outside of those moments. For simplicity’s sake, let’s just say it’s a guy and refer to him as X.

X is generally an easy-going and pleasant person. He’s also non-competitive, non-antagonistic over most things. Problem though, X has this tendency to ever so regularly slip into one of his moods. When that happens, he starts to talk weird. Nothing explicit or offensive, really, just out of the blue, half-serious musings about death and suffering. Once done, he withdraws. He vanishes for a day or two. When he returns, he’s seemingly his old self. Till it begins all over again.

Questions. Ever had a friend, a classmate, or an acquaintance like X? Someone seemingly with borderline symptoms of depression? If so, what did you do? Were you concerned, intrigued, annoyed? Were you worried or alarmed, or did you just conclude he’s just a weirdo, and beyond a number of times of him going weird, started avoiding him?

If you are the “leader” of your group, did you eventually discourage X’s presence in your gang? Not only because he’s so bizarre and unpredictable, but also because you don’t want to risk other people leaving you guys because of him?

I’d make an effort to avoid X. I wouldn’t do it in an antagonistic way, of course, and believe me, neither would I gossip about him.

I’d make an effort to avoid X. I wouldn’t do it in an antagonistic way, of course, and believe me, neither would I gossip about him.

Deep down, I’m likely to suspect something is wrong with X, but the fact that he’s always returns would also convince me it’s nothing worth worrying about. He’s just one of those weirdos. If forced to go out together as a group, erm, I’d maintain a distance from him. In situations when it’s not possible to avoid conversation, I’d likely just stick to nodding. Noncommittal replies and grunts, while racking my brains for an excuse to move away.

That’s what I suspect most people would do. Pardon me for being presumptuous.

Therefore, if you’re a victim of depression, if you’re bipolar or similar, please don’t come near me. Chances are, I’d be contributing to your reasons for a swift end.

Kakeru! Come Back to Us!

I watched the Anime series, Orange, late last year after reading so much about it online. Before all else, allow me to say the series deserves every accolade it received. It was superb in terms of storytelling, voice acting, and production quality.

Orange was also, hands-down, one of the most disturbing anime I’ve ever watched. Far more, far more so than any of those gory, macabre, horror-themed ones.

If you’re unfamiliar, the story is about a group of high school students racing against time to prevent the suicide of a classmate named Kakeru. There’s a fantasy time travel element involved, but outside of that, the whole story is wholly about dealing with a friend exhibiting symptoms of depression. In a nutshell, the students originally ignored Kakeru’s condition, which then led to his suicide. When given the chance at another go, the students went all out to save their friend. They were determined not to repeat the worst mistake of their lives.

Here’s what unnerved me so much. The Anime was frightfully realistic in its portrayal of Kakeru’s bipolar mood swings. No over-the-top scream fests or fist fights here, just repetition of how Kakeru kept succumbing to dark thoughts no matter how hard his friends tried, and seemingly looking fine the next day.

In forum threads about the series, a lot of viewers shared how this was exactly what they went through when battling adolescent depression. Confronted with such inexplicable and exasperating behaviour, and with no prior warning of the outcome, how would a third person then react? How would you and I react?

Would you do what the students in the Anime originally did? Would you shun “Kakeru” and consider him a strange person you do not want anything to do with?

As I confessed, I would. I definitely would.

In fact, even with prior warning, I might still distance myself. Judge me whichever way you would but I do not feel I have the tenacity or the patience to handle any of the symptoms of depression, be it extreme mood fluctuations or abrupt withdrawals.

At best, I might inform someone about my suspicions. I might approach an elder, such as a teacher. Beyond that, I’d considered myself as having “done my part.” I wouldn’t desire further involvement. Heck, what am I saying? I would dread further involvement.

Yet, how many would do likewise? Especially if the depressed person isn’t a friend to begin with. Just an acquaintance. Some colleague, a classmate, a neighbour three houses away …

In my opinion, I think it’s just human tendency to avoid those who are weird and unpredictable. It’s how we protect ourselves, how we evade conflict. But in our course of doing so, in our aversion of frustration, have often have we contributed to someone’s demise? Contributed not as in facilitated suicide, but indirectly, justified it?

It’s a chilling question. One that lingered in my head for quite a while after watching Orange.

Someday when I find the courage, I’d give this deeper thought. 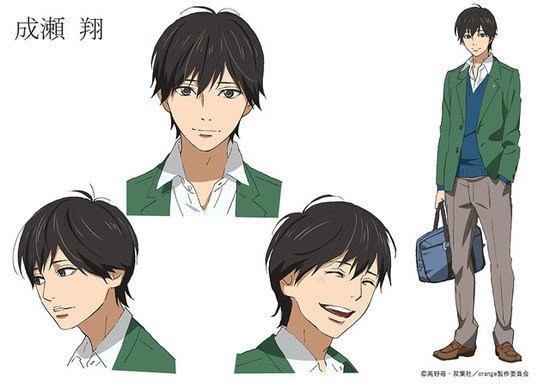 Article Name
In the Face of Depression - Thoughts after Watching Orange
Description
Would you befriend a classmate notorious for mood swings? Would you acknowledge the symptoms of depression, and reach out before the person self-destructs?
Author
The Scribbling Geek
Share
Facebook
Twitter
Pinterest
WhatsApp
Linkedin
ReddIt
Email
Previous article
Movie Review – The Space Between Us
Next article
Movie Review – A Cure for Wellness