Product placement in video games. Is it effective?

Tore myself away from the PlayStation and ventured downtown for dinner. This was what I ate.

Why did I choose ramen for dinner? Was it because it’s Chinese New Year and thus auspicious to eat noodles, a symbol of longevity?

Of course not! I headed straight for the ramen shop because I did nothing but played Yakuza 6 since my last post. In fact, I was so determined to have Japanese food, I didn’t even consider any other eateries.

For those who are unfamiliar, Yakuza, or the Ryu ga Gotuku game series, is famous for partnerships with real-life eateries and businesses. Supposedly, such product placements defrays the high cost of production. As for gamers, seeing famous shops and restaurant chains like Don Quixote, Yoronotaki, Ikinari Steak, massively heightens realism during the persistent open-world gameplay. In my case, this is also the main reason I love the series so much. Everything just feels so incredibly immersive and real.

(There doesn’t seem to be a real 九州一番星 restaurant in Japan, btw. But an instant ramen bowl with the same name was sold during the run of Yakuza 3.)

I don’t know about other gamers, but such video game product placements work phenomenally well on me. Last year, while playing Yakuza 0 and Ishin, I ate nothing but Japanese food for four consecutive weekends. In 2010, when I was obsessed with Atlus’ Persona 4, I had Omu Rice every other Saturdays for near half a year. (Those of you who played P4 would understand why)

And in 2013, after I discovered the fantastic Sleeping Dogs, I actually scoured the net for the best pork buns in Singapore. That was incredible because I have always disliked the smell of porky fillings. I normally wouldn’t even think about having one.

Which brings me to the “point” of this post …

Formally known as In-game advertising (IGA), video game product placement is an industry estimated to be worth $7.2 billion in 2016.

In spite of this astonishing estimate, though, this unique marketing channel is still very much under-utilised. For the life of me, I can’t remember any specific placement other than in the Yakuza series. This could, of course, be because I don’t play enough, or that I tend to go for games that are awkward for product placement, such as periodic RPGs. (OR that I tend to avoid racing games, which are where most such placements are found) Whatever the reason, the impression I get is that IGA is still terribly under-tapped. With gaming growing from strength to strength, with even grannies obsessed with Candy Crushes nowadays, isn’t it incredible that this golden channel isn’t yet fully embraced by marketers?

I mean, it works unbelievably well with its niche market, doesn’t it? Far better than placements in movies or on TV. Games offer a level of emotional interactivity that movies and television shows can never hope to achieve. There is also that intricate mental connection, to put it in another way.

To give a further example, while I was slurping on ramen earlier, I was imagining myself as Kiryu Kazuma the invincible Yakuza; I even mimicked his itadakimasu. Silly as this sounds, I think this is firm proof that video games are better advertising channels than broadcast media, or even blogs and social media. After all, games never just sell a message, they mentally connect and share an experience, while the target audience is feeling “high” and “involved.” Ask yourself, is there any other situation in which someone would be more inclined to buy? Or at least, more inclined to want to buy?

Do you remember seeing any product placement in video games? Please share your experience! 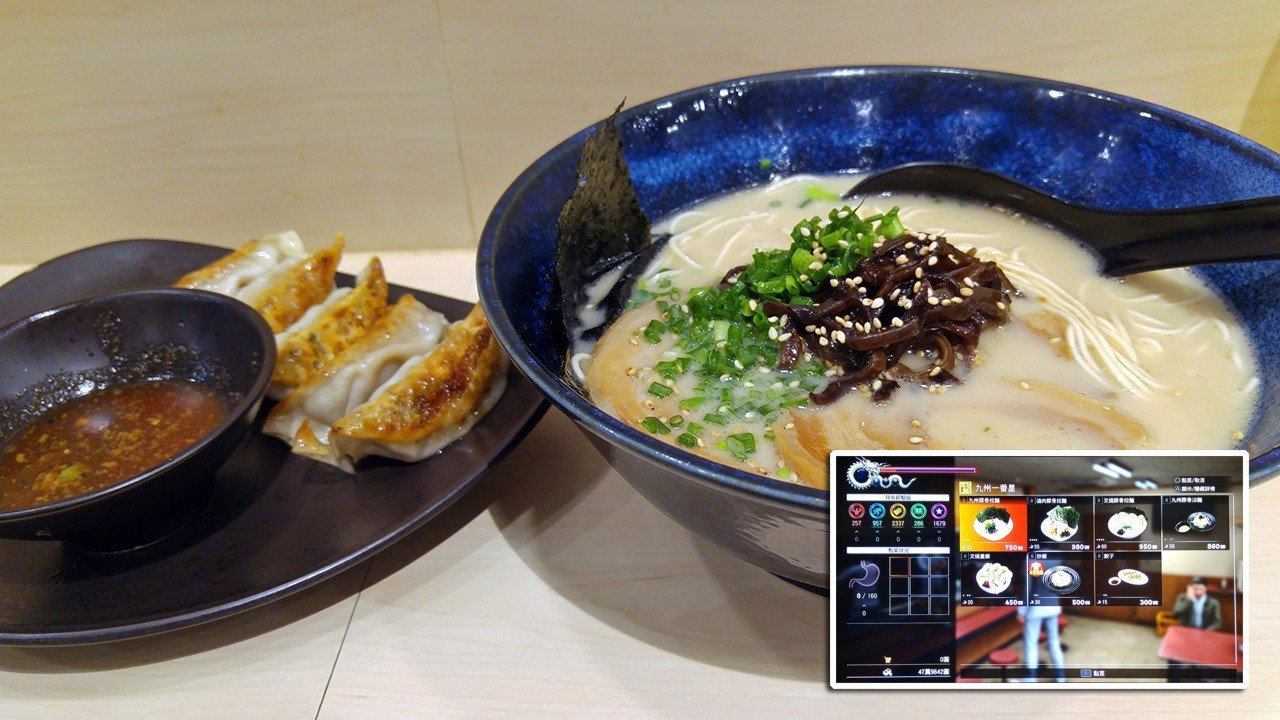