Visited People’s Park Complex rooftop for the purpose of more Chinese New Year festive light-up photos. Some of which I’ve shared in a previous post.

Ignorant me actually didn’t know this place till a fortnight ago. This, despite years of seeing awesome photographs taken from it, and despite having lived in Chinatown for two years.

Looking back, I guess I somehow always assumed the area was off-limits, accessible only to residents of the complex. That there is also no signage highlighting access to the rooftop further added to this impression.

Or maybe I simply never thought of taking photographs from the rooftop. It just felt too “out of bounds.”

Not to get florid, but People’s Park Complex rooftop is truly an oasis in the heart of downtown Singapore.

It’s huge, easily the largest open space in the vicinity.

It also has a distinctively un-Singaporean feel. I say un-Singaporean for while the space is reasonably maintained, there is a grungy feel everywhere. Down to the décor of the hippy eatery situated at one end.

Of course, there’s also the looming residential block. Brutalist architecture, or hints of it? The façade feels more Hong Kong to me than Singapore. Especially when viewed up-close via camera zoom.

With sweeping views of the city along half the perimeter, the rooftop was full of photographers and v-bloggers when I arrived. It’s sprawling enough not to feel crowded, though. That was, except for the highly prized spot offering a bird’s eye view of the Chinese New Year festive market.

That stretch of the parapet, around three metres or so only, was squashed full of photographers from early evening onwards. I barely managed to secure a spot and had to “chope” my place by standing there for near an hour. The effort was reasonably rewarded upon sunset, though, I got the shots I wanted.

More importantly, all the advanced photography gear surrounding me inspired me to experiment with new settings. This was the first time I ever shot street views with four-digit ISO. I shan’t explain why I’ve never attempted this before. 😛

Feeling guilty at the sight of late-coming photographers solemnly queuing behind me, I left the sweet spot before it was completely dark.

Thankfully, there were many other spots with wonderful views. I think what’s most eye-catching about the panoramas here is the contrast between the traditional architecture of Chinatown and the ultramodern skyscrapers in the background. Very touristy feel, yes. But let’s be honest. Who doesn’t like such views? Especially during the evening.

How to Get to People’s Park Complex Rooftop

There are two ways to reach the rooftop.

Was in Chinatown again, and it was a brilliant day. Thus headed up and snapped some new shots.


Read my other Festive Celebrations in Singapore posts. 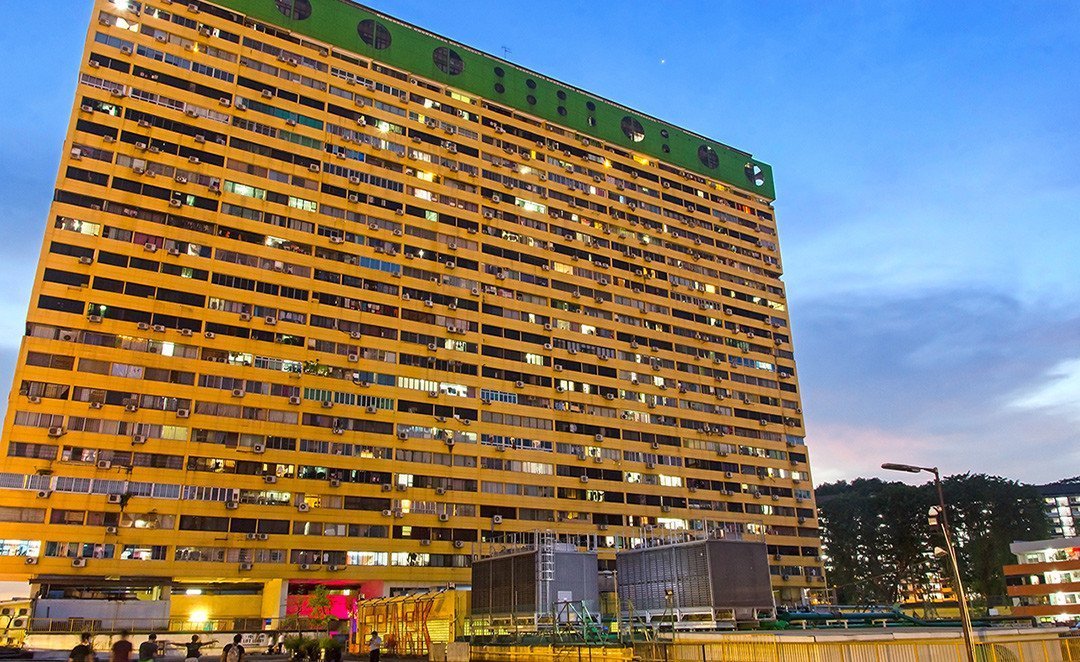