I’m a terribly boring person, according to the PS4 game Root Letter!

I spent the last three nights obsessed with Root Letter, a free game I received from Playstation Plus.

For those who are unfamiliar, Root Letter is a Japanese visual novel adventure produced by Kadokawa Games. There are no mind boggling puzzles to solve, or button mashing action sequences to survive. Instead, gameplay entirely consists of conversation choices, with small bits of rudimentary inventory management and scene investigation thrown in. To me, the whole game is akin to a digital Choose-Your-Own-Adventure story. One that incidentally showcased a lot of Shimane tourist attractions too.

All screenshots are copyright property of Kadokawa Games.
Please support their great work by getting a copy of Root Letter!

Anyhow, I was engrossed with Root Letter till the wee hours of the morning, deeply intrigued by the J-Style horror premise of the story. Per my usual practice with such games, I also did not refer to any walkthrough while playing, instead, I stuck with picking the options I would mostly likely go for in real life.

My purpose for this play style: well, I get a great kick out of being told by such games about what sort of person I am. Visual novel games always have multiple endings, you see, endings which differ radically in tone and mood. By journeying through the story as closely as I would do so in real life, I get a glimpse at how I would fare in similar situations in real life. Think of it as an … internal discovery. A personality quiz. An enjoyable visit to a shrink. That sort of thing.

Guess what? I completed my first run with the boring ending.

Not the worst ending, mind you. Just the most boring one. The anti-climactic one that quite unapologetically tells me I made the dullest choices.

Now, you may ask, what’s the big deal? It’s only a game. Well, that’s true. Except Root Letter is hardly the only game I ended up on the boring route.

If I’m treating the gameplay as an analytical exercise, does it then mean that in truth, I am one hell of a DREARY person? Doomed to never have any outstanding life experiences, simply because I always refrain from doing anything that is a magnet for such experiences?

I might be reading too deeply into this. Getting the boring ending could imply I lead a safe existence.

But it still stings.

Other endings of Root Letter offer true love, supernatural creatures, aliens, etc. I get the one that says, jitsu wa … It was nothing much … Now please go home and forget about the mystery. 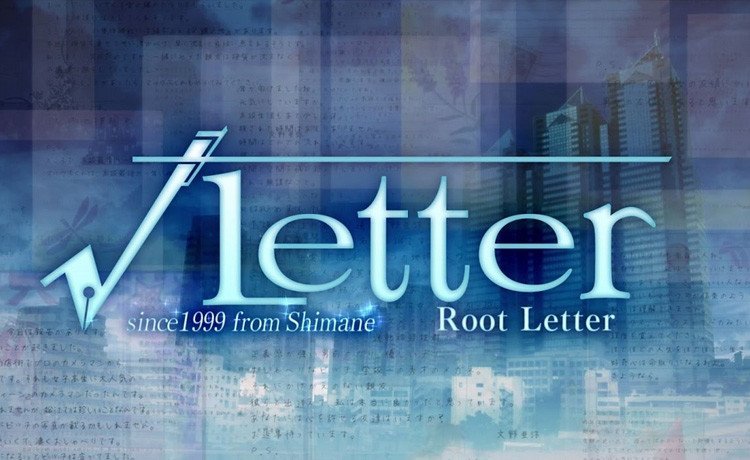