Spent the bulk of the day preparing my final Yamaha Electone YouTube upload for 2016. Song I chose was tomorrow, a 90s J-Pop hit by Chage and Aska.

A little over my head with this. The score looked plain and straightforward, but it had all sorts of tricky syncopation hidden everywhere. Moreover, I only started working on this on Monday evening. Really had to focus just to ensure I get most things … right.

At the same time, I once again encountered that situation. Like most of my uploads for this year, I’m using an arrangement published over two decades ago i.e. with registration data (programming) not meant for the current generation of Yamaha Electone organs. I practically needed to re-programme all the sounds just for the song to sound normal. Solution for this is, of course, to just stick to playing modern Electone scores, for which it’s a breeze to purchase registration data off the net. But doing this creates a dilemma for me. The classic one.

What do I do with all the retro Electone scores and arrangements I’ve collected for 30 years? Some of which are truly, truly creative and inspirational. The only thing “wrong” with these is solely that they lack modern sounds and drums programming.

I can’t just shelf them away to rot, can I?

Sigh, it’s my conundrum since returning to the Electone in 2008. While I’m uploading a song named tomorrow on New Year’s Eve, I’m clinging onto yesterday. In the process, ensuring reduced views for my channel because my uploads will always sound retro to an extent, no matter how well I redo the registrations. I ought to give some serious thought to this. Perhaps weave a New Year Resolution around it.

What is the Yamaha Electone Organ?

Since this is the first time I’m mentioning the Yamaha Electone organ in this blog, allow me to write something a bit more about it. (I.E., I’m dying to rant about my lifelong hobby)

Electone (エレクトーン) is the brand name used by Yamaha Japan to market their series of digital organs. Note: it is NOT a type of instrument, a weird misconception that has been floating about in recent years. Instead, the Electone is the Yamaha version of the Hammond, or the Wersi. Over the years, it incorporated sequencing and programming capabilities. Personally, I would describe the current generation as a hybrid of the pop organ, the synthesizer, and the arranger keyboard.

The Electone was internationally popular in the 70s and 80s. In Singapore, this was also what tiger parents used to send their kids to lessons for. (Although, in my case, it was the opposite case. I sulked till my mother agreed to pay for the lessons) To give you an idea, I once went with some classmates to a kids’ talent show audition. The nice (awful) lady in charge began her briefing by declaring she’s not looking for anybody who plays the organ. “Because that’s sooooooooo common,” she said. You can guess where I stood during that audition.

Anyway, since 1959, Yamaha has released several generations of the Electone, each generation featuring a massive leap in sound and programming capabilities. Curiously, though, this didn’t ensure the popularity of the Electone. In fact, it very much went the other way.

According to some players, this slip into obscurity had a lot to do with Yamaha’s decision not to market to the Western market post 2000. There is some truth in this, although in Asian countries like Singapore, there was still a steady decline in interest and awareness. I’m remain unsure as to whether the overall decline was due to business decisions to reduce marketing efforts, surging interest for other instruments, or the unpleasant reality that learning the Electone is quite a tedious and exhausting process. One other possible reason could also be that the Electone organ is rarely available at schools or entertainment venues i.e. you aren’t going to get many chances to flaunt your skills in public. For parents or kids keen on such “show-offs,” be it for pride or for academic purposes, well, this is not the instrument that’s going to appeal at all. In fact, I’ll stay it’s a put-off, made worse by current low levels of awareness.

PS: There’s also the fact that to bring out the best in a modern Yamaha Electone organ, you need to do extensive pre-programming. In other words, who’s going to be carrying a diskette/USB with them all the time? I don’t.

How Do You Play the Yamaha Electone Organ?

I could go on and on about this, but in summary:

Misconceptions About the Yamaha Electone and Other Modern Digital Organs

A while ago, I surfed a parenting forum and was appalled by the many misconceptions about the Electone being thrown about. Apart from the one regarding the name, many parents thought:

Here’s the truth. The Electone is an organ. The instrument that Bach used to compose music for. The organ also predates the piano and musically, it’s considered a different type of instrument from the piano, despite having scores that look similar.

Organ scores also differ from piano and other keyboard scores in that our measures have three lines instead of two. The additional (lowest) line denotes the bassline. What we “do” with our left foot regarding that bassline is, safe to say, beyond what any pianist does with damper pedals too. We don’t just tap a pedal for expression effects. We play accompaniment.

In addition, music/motor co-ordination is a crucial element of any organ performance. Beyond getting your hands and feet to all do the right things at the right time, you need to read the score and listen to the (sigh, automated) drums. On this, I dare say any organ or Electone student has an edge as far as group playing is concerned. We are all trained to co-ordinate and to complement. Believe me, we will never steal the limelight in a band performance, or go out of time.

Coming to modern digital organs, there are the additional challenges of programming and articulation. You don’t simply choose a sound and whack away. You must understand the nature of a sound in order to play it realistically. Before that, you need to perform a certain amount of sound control, the process of which requires knowledge of audio concepts like compression, delay, reverb, chorus, distortion, etc.

In the case of the Electone, a student must also be familiar with many genres/style of music, if only because this is an examination requirement. To reiterate, we never only play pop music. (Tsk! How offensive!) Actually, we play very little pop music in higher grades. Us “Electonists” play everything from Classics to Jazz, to Latin, to Folk, to even electronic and trance music. As far as repertoire is concerned, few other classes of musicians come close to us. We are one-man bands not just because we play alone. It’s also because we play everything.

Benefits of Learning the Electone or Other Digital Organs

What do you gain from learning to playing the Electone or any other digital organ? 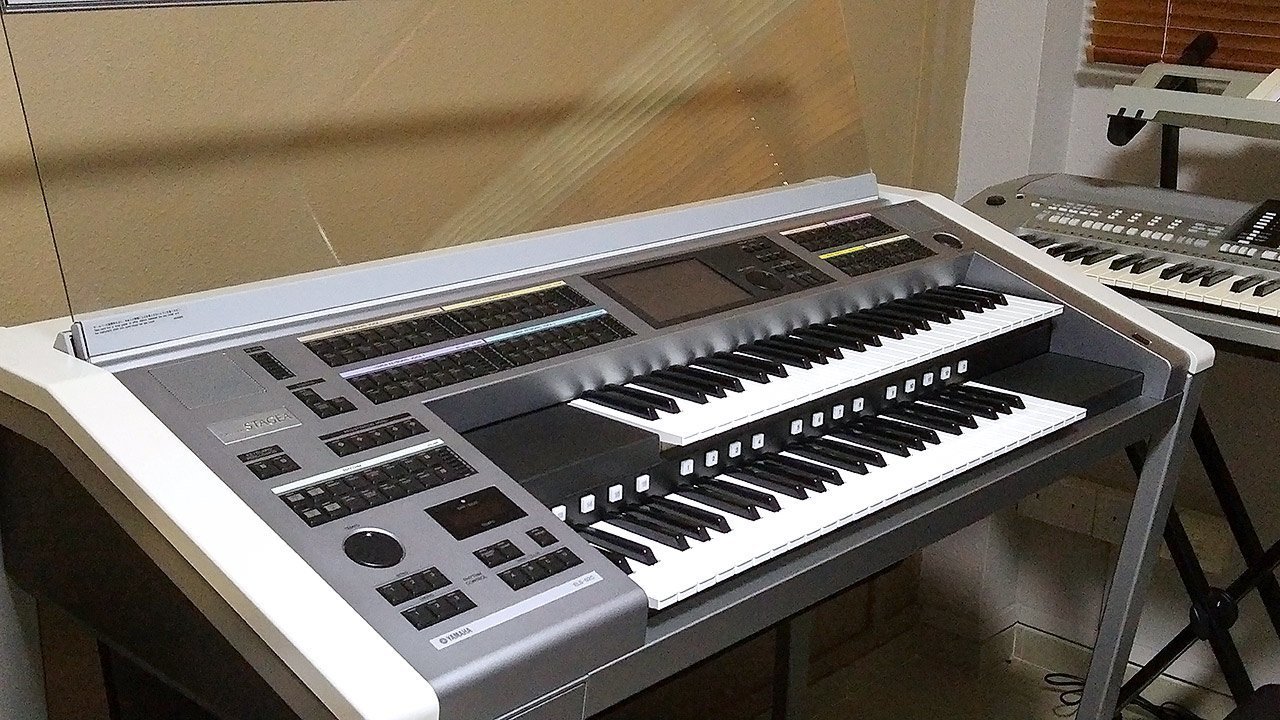