I mentioned in my previous post that I have lots of rituals for the calendar year. Here’s another one. Going to Universal Studios Singapore on Christmas Eve evening.

It’s a ritual that started two years ago, largely because I got tired of sulking at home on such a festive night, and because I concluded that aimless wandering in town on the eve without any reservations or bookings is always disastrous.

To date, USS during the Christmas season never disappointed. Actually, I had a pretty great time the last two years. I was thus really looking forward to this year’s Santa’s All-Star Christmas programme. According to USS’ website, this year’s celebration included several new attractions. One of which even made it into the Guinness World Records


Entered at 5 pm and immediately noticed … a bigger crowd compared to last year! Most visitors were probably satisfied patrons from previous years like me, or the result of more intensive promotion this year.

Sticking to my ritual-within-a-ritual, i.e. USS visiting strategy, I then headed for my favourite rides, beginning with Transformers: The Ride. Thanks to USS’ wonderful “Single Rider” system, I managed to finish all the rides I was keen on within an hour. It was just slightly after six when I got off the last ride. (That being the wet-wet Jurassic Park Rapids Adventure)

Christmas attractions next, with Santa’s Village being the first on my list.

This was a festive village setup located outside the usual zones, with the actual entrance at the New York Public Library façade. More a children’s photo-op thing than anything else, it was nonetheless still charming thanks to various comical dancing elves. The short visit also helped to set the mood for the rest of my evening.

Showtime at the Pantages Hollywood Theatre!

After leaving Santa’s Village, I made a beeline for the Pantages Hollywood Theatre, where Bah Humbug! A Christmas Spectacular, was starting in ten minutes. Regarding this performance, I would have preferred more Christmas music but otherwise, the sequences were colourful and glitzy, with Minions cameos to spice up everything too.

Have to say I also loved USS’ concept of using a digital screen as part of the backdrop. That allowed for some truly fast and magical scenery changes.

It started drizzling around six. By the time I left Pantages, the rain was an absolute downpour, with crowds huddling everywhere.

The sensible thing to do, I concluded, was thus to sit through the worst of the rain by having dinner. And so I headed to KT Grill, the Irish pub restaurant that was just across from Pantages.

It was a great festive meal! Service was fast and efficient. Food quality was fabulous too. Best of all, I could enjoy Christmas music drifting in from outside while eating.

On its website, USS proudly shared how this display entered the Guinness World Records on Nov 17, 2016, with its astonishing use of 800,000 ++ lights. Having already seen many pictures of the display beforehand, though, I expected to be enchanted, not thrilled.

WRONG. I was absolutely blown away. Walking into those lights, with classical music piping away, is akin to entering a fairy realm. One that goes from mesmerising to romantic, to dazzling, depending on the “thematic” zone one was in.

In all, I spent well over half an hour in this illuminated wonderland snapping pictures and recording videos. If USS is going to have another such display for Christmas 2017, I’m sure its festive season visitor count would more than triple.

Strolling through the Zones

With all three new attractions of Santa’s All-Star Christmas “done,” and the finale fireworks display still more than an hour away, I decided to make one more round through all the zones. Hoping on rides here and there too wherever lines are short.

Be it USS or other theme parks I’ve visited, this is usually my favourite time of the evening. Crowds are much thinner. There’s also a certain romanticism in the air with the lights and cool air.

In addition, there’s a certain urgency. As in, the evening is ending soon so there is that biting compulsion to make the most of it.

The latter sounds strange in writing but it is actually a delightful sort of tingle. It’s not too unlike how one feels on the final evening of a great vacation.

You want more. You don’t want everything to end. And yet, you don’t really experience excessive regret when it does finish. That’s because the whole evening had been wonderful.

With everywhere still wet from the rain, it was a little unpleasant waiting among so many people. Worse, the only decent place I managed to grab was next to the smoking corner.

Thankfully, the fiery display more than made up for the wait. It was a little short, five minutes or so only. But it was a befitting end to USS’ Santa’s All-Star Christmas 2016.

Yet another ritual-within-a-ritual of mine. 🙂

I always buy a souvenir from the shop in the Ancient Egypt, i.e., The Mummy Zone whenever I visit. Prices have also recently dropped, and so I bought two this time around.

The smaller one is Bastet, the Egyptian Cat Goddess. The larger figurine is Jiboshin Isis. Mother of Horus the Sky God. (The real Isis, that is, not the murderous band of brigands still rampaging around the world)

My Christmas wish for this year: let humanity be rid of those brigands in 2017! For good! May peace and empathy also be the guiding light of our world. Not warfare and strife, which have never proven to work.

Check out my article on Christmas in Singapore too! 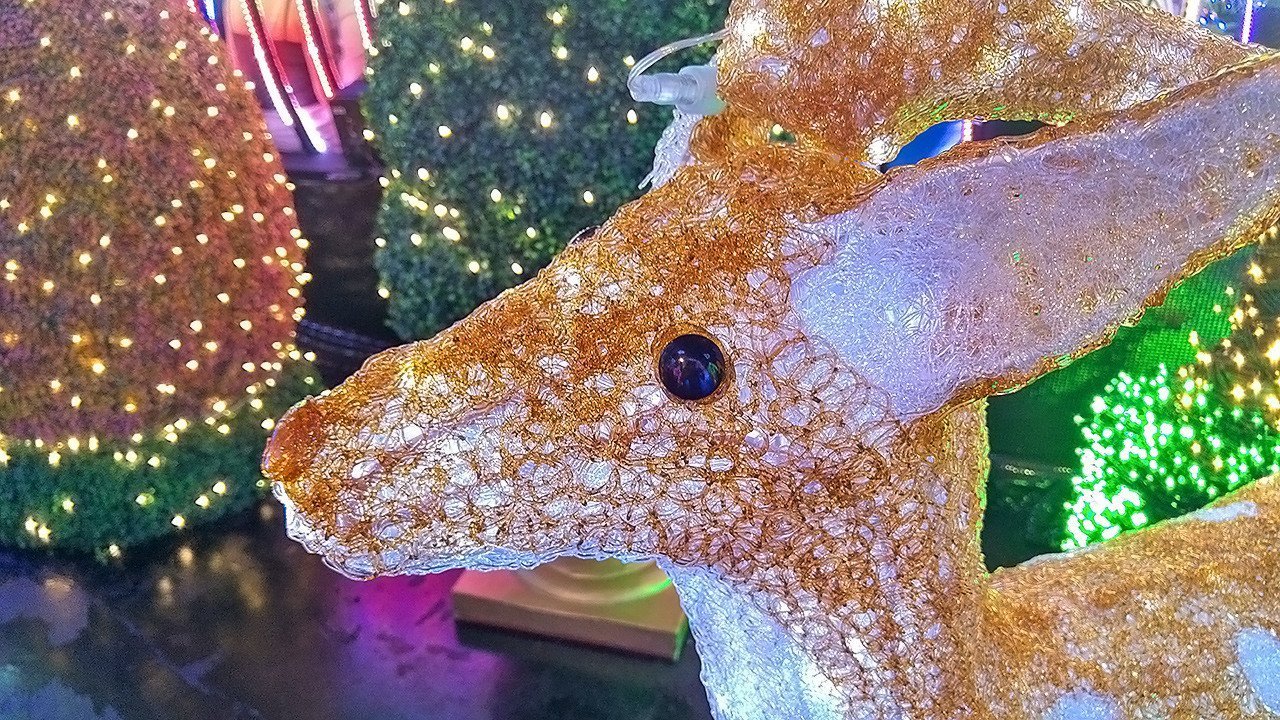