Movie Review – Fantastic Beasts and Where to Find Them

Fantastic Beasts and Where to Find Them introduces a more matured version of the Harry Potter universe. One that’s still a little too fan obliging at the moment.

Fantastic Beasts and Where to Find Them Synopsis

Wizard and magizoologist Newt Scamander arrives in New York and during an attempt to recapture a Niffler, accidentally swaps suitcases with non-magical baker Jacob Kowalski. More magical creatures escape because of this and to recapture them, Newt is forced to work with Kowalski, demoted Auror Tina Goldstein, and Goldstein’s sister Queenie. Meanwhile, a woman named Mary Lou Barebones tirelessly campaigns to convince the public that New York is under threat from wizards and witches. She is scorned, but her warnings quickly gain legitimacy when magical disasters wreak havoc across the city.

I watched Fantastic Beasts and Where to Find Them last Saturday, and I delayed writing about it till now, because I didn’t know what to say.

Oh no, I don’t mean the movie was insipid or terrible; it had a good number of thrilling scenes. Just that, none of these felt particularly memorable. None felt too Harry Potter-like too, if I might so add. There was a mild, I don’t know, blandness throughout?

Which is the problem I always have with sequels or revivals of movies I love. One expects so much of the same, while also craving fresh materials, the result of which is everything just not feeling right in the end.

By that, I mean that while the fan service scenes were pleasing, and while it was refreshing to see a more adult version of the wizarding world set in the American Jazz age, something still felt absent. Was it the lack of a tragic orphan backstory? The no-show by a younger Dumbledore? Or was it simply the whole Harry Potter concept being so British, so idiosyncratic, that outside of Britain, it just doesn’t feel right? It couldn’t feel right?

I don’t know. To be fair, Fantastic Beasts and Where to Find Them is but the first in five planned movies, so I shouldn’t be expecting befuddling conspiracies or epic spell battles. The way the movie ended also left lots of room for sophisticated story development. Hopefully, we will see more than just glamourous revisits of the HP world in subsequent entries.

On another note, I thought the number of “fantastic beasts” in the movie was somewhat underwhelming, given the name of the whole show. I am sorry to say that I was really disappointed no one got snuffed by a Lethifold, or squashed to death by a rampaging Ironbelly. Goodness. I religiously studied the text before watching the movie. But all that went to waste!

Check out my other Harry Potter articles too! 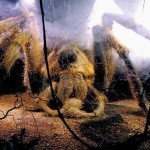 10 Harry Potter Fantastic Beasts You Do Not Want to Meet