It’s Pokémon No Go For Me

Okay, Pokémon GO has hit Singapore. This, despite all the negative news coverage we’ve been getting, car crashes and brawls and robberies, and the Singaporean Information Ministry deeming it a concern enough to hint at an official investigation. It’s still a no-go for me, though, and this is not me at my counterculture or rebelliousness worst. I simply don’t feel any temptation to go “catch em all.” Here’s my list of highly opinionated and biased reasons why the latest app sensation has little TEMPTATION for me. I hope it doesn’t offend you, if you’re a rabid fan.

I was never a Pokémon kid.

I’m not at all shy to reveal this. Pokémon was way beyond my time. My era was the one with the Transformers, M.A.S.K., Centurions and Heroes in a Half Shell. My friends and I ran about transforming and pretending to be things we really were, not proving our worth by how comparing how many cutesy creatures we had subjugated. It’s a very wide generation gap I’ve never managed to bridge. Frankly, I’m also not inclined to try. I suspect I might just get too opinionated and judgemental if I do so.

In Singaporean parlance, this whole concept of walking around, camera here camera there, find and catch things, feels really ma-fan. (麻烦: Troublesome!) Not that I the type who exercises only during leap years, but have to walk here walk there leh! Where got energy? Mana got time? I rather just sit at home and watch shoujo anime. Of which Pokémon the Anime series, is not. BTW.

More on the point about Pokémon GO being very the ma-fan. My idea of gaming is like, you know, chilling out for a few hours? (While getting all sweaty and heated) Slouching in my favourite chair, before a nice big screen, with energy drinks and Ferrero Rochers never too far away. And yes, Air Con. One DOES NOT game in Singapore without Air Con. To have to move around, kena sunlight, and get all hysterical in public?! No thanks. It’s like, what happens if I need to rage? What happens when that inevitable urge to scold bad words hits? Erm, no. I’m firmly a stay-at-home gamer. It’s safer that way.

I’ve been catching … ahem, negotiating with more exotic beings since 1993.

In case you’re starting to see me as some sort of tech-resistance bumpkin, I’m not. FYI, I game a lot, and I’m not a stranger to the whole get-as-many-allies-as-you-can concept in gaming. Since 1993, I’ve been playing the Megaten series of games by Atlus. In any episode, acquiring Nakama, or allies, is a crucial part of the gameplay. You do so by whacking your enemies to near death, then inviting them to discuss partnership cordially.

What I’m saying is, I’ve been working with sophisticated entities for decades. We barter like gentlemen with commodities like money, blood, and valuables. I’m really not too excited by the whole notion of throwing balls at strange creatures with stranger names. It’s rather primitive, don’t you think so? Rather unrefined and somewhat lacking in class too.

This has long been highlighted. How cruel is the whole concept of Pokémon? Imagine yourself as a wild Pokémon. You have a nice breezy home beside a pristine lake. One fine day, some jerk comes and zaps you into a two-and-a-half inch ball. Thereafter, you are forced to battle other innocent creatures day and night. Would you like that? Do you not think it’s cruel? Of course it is! It’s absolutely beastly, if you ask me.

I don’t need more obsessions in my life.

In 2010, I started playing this nasty little game called World of Warcraft. If you’ve ever spoken to any real WoW players, you’d know that it completely takes over one’s life, including one’s time for all other games. The list of things to GRIND for in WOW is simply unending, and with 2016 being expansion year, I foresee myself grinding nightly (except for Tuesdays) for more points, more gold, MORE REAGENTS, MORE GEAR. Arggg!!!!! Catch cutesy animal monster? Even if I wanted to, would I even have the time? I need every second I have to work on my gear and legendary weapon.

I live near a large park. Throughout the years, I have never seen any crowd of more than ten persons gathered at the entrance. On Monday night, at ten pm, I witnessed over a hundred persons, of all ages, amassed at the gates. Upon stepping closer, I saw that everybody’s face was illuminated by cellphone glows. Everyone was ghost-like, whispering excitedly to themselves or friends, or completely mesmerised by the screen

It was quite a spectacle. In some ways, it’s was also moving. There were entire families there.

And that’s probably my biggest reason for not playing Pokémon GO. It’s just far more fun to watch others play it. All you people lumbering about, dazed, walking into gutters and pillars and other players. With all due respect, Romero himself couldn’t produce more entertaining zombies. And you know what, I bet that there would soon be websites solely devoted to the hilarious antics and mishaps of Pokémon GO players. Wait, maybe that’s already in the pipeline. Don’t you agree it would be the next big money making engine?

Seems like the craze died as quick as it came. This is Yishun Park at 730 pm on a Monday. A suppppperrrrr hot-spots in the north previously, the crowds are mostly gone.

PS: One other reason for not GO-ing. I don’t want to find something like this!! 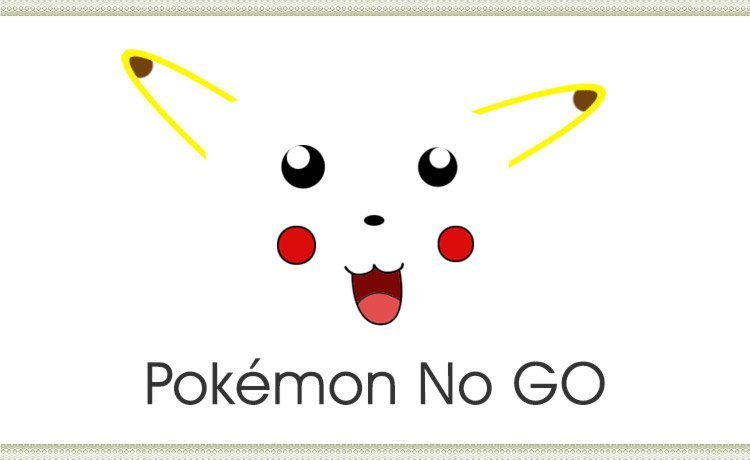 Article Name
It's Pokémon No Go For Me
Description
Pokémon GO? Snooping about hunting for creatures? It's a no go for me, Sir. Here's are my reasons for not succumbing to the latest smartphone app craze.
Author
The Scribbling Geek
Share
Facebook
Twitter
Pinterest
WhatsApp
Linkedin
ReddIt
Email
Previous article
Movie Review – Suicide Squad
Next article
You Know You’re Aged When …