The classic question. What would you ask for if given three wishes?

Nah ah. No scoffing. No rolling of eyes. You know you fantasized about this before. And not only as a kid. You dream of having three wishes most often in adulthood. For example, after a telling off by your scumbag of a boss. Or when your monthly bills come rolling in.

Back to the question. What would your heart desire if given three magical wishes?

Money? A Scrooge McDuck like vault of it? Fame? To become a household name in any country? Or is it power? To be the emperor of the world. Now that would be a shrewd choice, wouldn’t it? After all, power precedes wealth and influence. When you have power, money and fame flow your way naturally.

Yet … yet. I doubt you would ask for such things with your precious three wishes, and that’s not only because of all those movies pontificating about the downside of such things. You know, deep inside, that money, fame, and power do not necessarily guarantee happiness. If not, why would so many of the rich and famous indulge in drugs and other senseless past times? On top of which, such things are usually infested with nasty repercussions, are they not? You become a magnet for hatred. You’re first on lists for flaming, blaming, and maybe even, good lord, assassination. Nope. I trust you’re too wise to wanna such things. You know they aren’t the way to go forth with, because …

What would assure happiness, in that case? Going by the talk around town nowadays, I guess it might be considered as things like, blowing your guts up in hope of taking down another hundred persons while doing so? Evicting an entire race, or breed, of people from the invisible demarcations of the soil you just so happened to be born on? Or maybe it’s the other way around. The eradication of such human boundaries. The ability also to change, amend, even trash any law or constitution, just by hollering, screaming, ranting enough about it on one online platform.

Yeah … But on second thought, hmm. Hmm because …

Would these assure happiness? Would they make you smile?


They might, but it wouldn’t be any happiness that would last. Simply because these wishes are based not on cultivating your own happiness, but amplifying the unhappiness of others. The only thing they assure is someone else wishing you away with a vengeance, when they get their turn at it. Heck, they might even insist on you going away, while suffering a huge deal of pain.

And so maybe it’s wise never to wish for three wishes. Maybe it’s wise because such snap solutions do not work. They never would, for any kind of situation. Be it as trivial as something like are-you-ever-going-to-enjoy-a-dream-date, or something as contentious as who should enjoy priority to jobs in Country A or B. Worse, the more you crave for snap solutions, the uglier your problems are likely to become. You would very possibly end up similar to the characters in those movies, moaning about how much you wish you were never given those damn three wishes. I bet you’d regret not using the first of them, to curse the whole experience away.

Yeah, you would. I bet so any time. 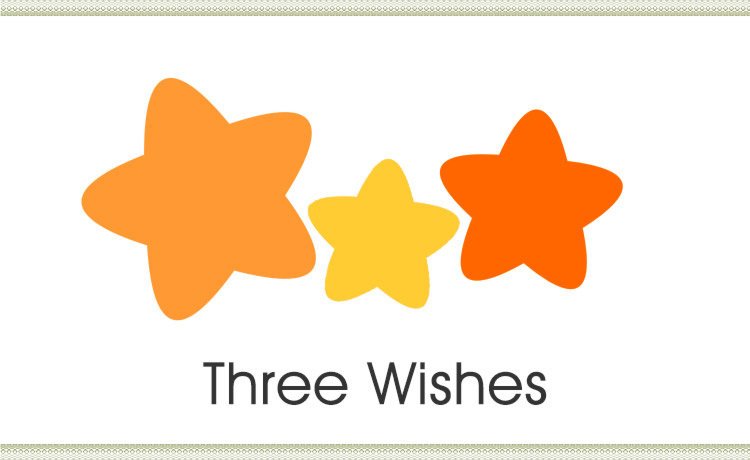 Article Name
Three Wishes
Description
Classic question. What are you going to ask for if given three wishes? Money? Power? Fame? Or the ability to turn the global paradigm upside down?
Author
The Scribbling Geek