That Place Over There

I read Ishii Shinji’s Where The Bowling Pins Stand last night. There’s quite a bit of food for thought in it.

It’s one of those plodding, ambiguous stories. With not much of a plot other than one key event. An unnamed taxi driver, in a sleepy little town, responds to a customer call near midnight. He drives to the location to find a frail old lady. The lady’s indication of destination is extremely vague, she merely says “Just over there.” (あっち or attchi, which is about as indicative as pointing to the air) The taxi driver, for unstated reasons, concludes this to be a nearby nursing home on a bluff. He sends the old lady to that location. She alights and vanishes into the seaside darkness.

Two days later, the taxi driver is summoned to the police station for statement taking. After alighting, the frail old lady jumped off the cliff.

The second half of Ishii Shinji’s short tale revolves around the taxi driver’s reaction to the incident. As typical of Japanese prose, there are no scenes of excessive grieving or painful regret, but the taxi driver clearly feels he has a hand in the tragedy. Exactly what is his degree of responsibility is discussed from two opposing viewpoints. In the voice of a colleague, a veteran in the trade, it is stated that the taxi driver couldn’t reasonably have predicted the outcome. And even if he could, what could he have done? Drive the old lady to a police station? Reject the call and insist the old lady get out of the taxi? In fact, the colleague goes as far as to say it is not any taxi driver’s responsibility to speculate about the intention of a passenger. Their duty is simply to transport. Any concern about the passenger’s purpose before and after the ride is shitsurei. (Inappropriate, or rude)

On the other hand, the protagonist himself knows that the matter is hardly that clear-cut. Why would an enfeebled senior go to a remotely located nursing home at midnight? She was also in no form of distress; throughout the ride she was smiling serenely. At the same time, it is quite likely that had he refused the call, the old lady would have returned to her home and gone to bed. Given her physical condition, and at that hour of the night, there was no other way for her to head to her chosen suicide location.

Speaking of location, she never did state any destination. She did not specify the nursing home. She just said attchi.

The story ends without any conclusion. The taxi driver calls home, speaks to his son, and rushes back.

What is the taxi driver’s degree of responsibility?

Personally, while I wouldn’t say the taxi driver is responsible for the suicide, I feel he at least facilitated it.

That he is so perturbed by the incident implies strongly that he himself feels so too. That he agrees he is not void of responsibility.

Most of us, thank goodness, do not encounter death at work. But very often, our disinclination to evaluate, to assess thoroughly, leads to undesirable outcomes. For example, a site foreman’s assumption that the safety papers filed with him are entirely “legit.” He doesn’t verify them piece by piece, as he should. This leads to an accident in which fellow workers are injured. Responsible, or not? That the foreman obviously didn’t intend for anybody to get hurt only causes the subsequent debate to be thornier.

Of course, we could shield ourselves with all sorts of indemnity or legal declarations. But these papers do not remove the distrust, distaste and possible lifelong regret arising from any such tragedies. Arduous as it would sound, I think the only possible prevention is to take just that one extra second to consider consequences. In other words, I’m of the opinion that the colleague who defended the protagonist is wrong. It is not shitsurei to speculate about the intention of one’s customer. It is certainly not rude to attribute importance to consequences. It is instead, basic sensibility.

Within the story, it might be argued that the old lady wanted to die. That the taxi driver was in truth doing her a favour. But let’s be honest, would the more mundane situations surrounding us in real life contain such “justifications?” Wouldn’t your life be easier with lesser lifelong regret or speculation about what you should have done instead? Or what you should not have done?

It would, for me. Likewise, it would for you too. 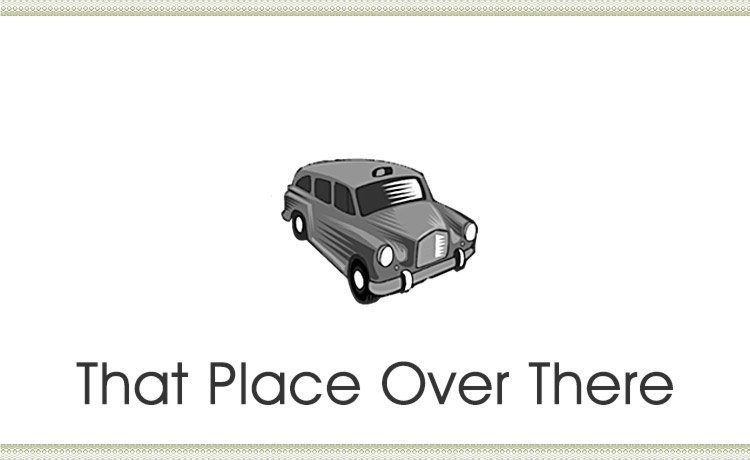 Article Name
That Place Over There
Description
If your decisions during work leads to tragedy, without you reasonably able to predict the outcome, what is your degree of responsibility?
Author
The Scribbling Geek
Share
Facebook
Twitter
Pinterest
WhatsApp
Linkedin
ReddIt
Email
Previous articleShort Story – Prelude
Next articleMovie Review – Batman v Superman: Dawn of Justice