I was the victim of a massive conspiracy involving a lighter.

I posted this a while ago to my older FB account. And received my deserved amount of scorn.

I come from a region where we now have a new annual season. The haze reason. No thanks to both natural and manmade reasons, my country gets smothered by smog for weeks during this period. In a truly Silent Hill kinda way too, might I add, with a stench worthy of Pyramid Head’s loincloth.

To give you some indication of the severity, the 2015 haze hit a record high in pollutant indices. On the worst days of that year, you would think you’re in the middle of a bushfire just walking through town.

As for us Singaporeans living with this new season, well, most fear or detest it with a vengeance. I, on the other hand, see it as a convenient get back at life. You see, one of my most beloved social mischiefs, ever, is to have a puff in the haze. You know, standing at one of those designated smoking areas outside shopping centres. Delightfully and gleefully adding to the haze, while relishing the spectacle of appalled pedestrians scampering away. Is it childish? Of course. Socially irresponsible? Well … probably, but it does make one feel more valiant than any FPS gun trotter, does it not? Anyhow, I was in the middle of one such indulgence, one evening, when a swanky looking, fresh-faced young thing trotted to me. At first I thought he was going to chastise me. But instead, and to my great surprise, he rather shyly inquired whether he could borrow my lighter.

Hmm? Sure, why not? I handed it to him. Always a joy to assist others also into the vice.

Fresh-faced smiled. Then he dropped his bombshell. He didn’t need it for a light. His friends and him were doing something, somewhere, and needed a flame. If I could remain at the smoking area for a short while, he would return the lighter within minutes.

He must have sensed my immense distrust and reluctance, for he scampered away before I could blurt anything. Poor me. For the next few minutes, I was blitzed by torrent after torrent of panicky thoughts. Had I just been scammed? Had fresh-faced young thing just conned me of my cheap 50 cents lighter? Was I a part of some candid camera/just for laughs gag?

Or maybe it’s a terrorist plot! A bombing! He needed to light a bomb! Oh gosh! Maybe he’s going to set someone, something on fire. Perhaps, the whole shopping centre on fire?!?!?!

Fresh-faced young thing returned five minutes later. He had two equally embarrassed girls with him. They apologised for the delay, returned the 50 cents lighter, and left after more apologies.

I could read a lot into this, mostly how life has gotten to me in a way I didn’t realise. The more you’ve gone through, the more you’ve seen or heard or read, the more likely you are to misattribute.

The older you get, the more inclined you are also towards otherworldly conclusions, often without realising how ridiculous and illogical these conclusions get. In short, one starts associating everything with anything. Anything with everything too.

And so a simple request becomes a conspiracy.

An innocuous event is the harbinger of disaster.

A smile from a stranger is a life threat.

Age chokes our minds, I learned. Worse than any haze ever could. The scariest part, you can see haze from miles away. You can’t see age even if it’s right in front of you.I posted this a while ago in my older FB account. And received my deserved amount of scorn. 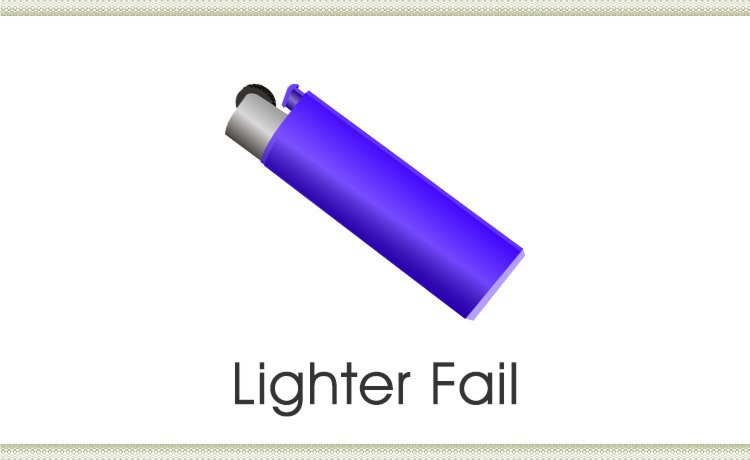