Syonan-to: Light Of The South

Syonan-To, or Light of the South, was what Singapore was renamed to during the Japanese occupation between 1942 to 1945. Some still use the name.

The old one continued to remind. He didn’t do so too overtly. Merely added emphasis and length whenever he used the name. While this was not phonetically inaccurate, no Japanese I’ve ever met enunciated the name that way. It made the old one’s stance on the Japanese Occupation of Singapore crystal clear to me.

“I sailed for many months. Thereafter, I was in the jungles of Malaya for several months before transfer to Syonan-to. I was quite looking forward to seeing your city, but in the end, it really wasn’t what I expected, I’m afraid.”

“Why so? In what ways was it disappointing?”

“Your city was so …” He gesticulated for moments but didn’t manage to find the right English word. “Was I expecting too much? I do not know. But your city was still preferable to the jungles. The jungle, few Japanese soldiers liked, I believe.”

He chuckled and refilled our tea cups. While he did that, I considered again whether to highlight my discomfort toward his choice of name. I conclude he long sensed it. “Ono-san, what was your position in the imperial army? I don’t mean your rank but your vocation. Your daily duties, while you were in … Syonan-to.”

“Really? Ono-san has the composure of an officer.”

He chuckled. A laugh of genuine amusement and disbelief. “An uneducated farmer, becoming an officer in the imperial army? Unheard of. Social structure is extremely important in Japan. To be Japanese, one must understand and embrace social structure.”

Grim exhortation, although it lightened his mood. The sensible thing for me to do was thus to wish him good night, cease all pointless conversation about the light of the south, and retire to my room. I didn’t. Later on, on reflection, I blamed it on the smoky hearth, the numerous memorabilia Ono displayed everywhere in his Minshuku, and how he absolutely insisted on calling my home country by that hated name.

“Have you visited Singapore in recent years?” I asked pleasantly. “We are quite different now. Comparable to Tokyo or Osaka.”

“Visit Syonan-to? No. At this age, flying for hours is misery.” He gestured around the homestead. “I have this to look after too. I cannot leave everything to my children to handle.”

“It’s just six hours. You could also transfer at, say, Hong Kong. That gives you the chance to visit another city the imperial army went to.”

His eyes went cold. I realised there and then that despite Ono’s advanced age, he was in remarkable health. In his youth, he must have been terrifying. A monster in the eyes of the residents of a city devastated and overwhelmed. “I’m sorry. I was rude,” I said. “You gave me the impression you were fond of the places we spoke about.”

“I believe I mentioned I never liked any of them. Including Syonan-to. You must know that I was there only because of my duties as a soldier.”

“Which was why I suggested visiting Singapore as a tourist. You would find the experience very different. In many ways, we are now a true, ah, light of the south.”

He did something unexpected next. Instead of snapping, which I was goading him to, he served more tea. He even offered a cigarette. After lighting his own, he took several deep drags, and asked. “Yong-san, nihon ga kiraii kai? Do you still hate us that much?”

“I dislike the Japan of then. The imperial one. The one responsible for the Japanese occupation.”

“Yet you are in Japan now. On holiday. According to you, this is not your first visit. You have been to places in Japan I have not heard of.”

“That’s because you are no longer the Japan of then. You have … changed. You have …”

He knew he caught me, and it made him smiled. But there was neither mockery nor spite on his face. He also reverted to being the polite, gracious owner of a Japanese guesthouse. “Yes, we have changed. I suppose some of us also regret what we did back then. Those of us still alive, that is.” He emptied the rest of the tea into my cup. Also stubbed out his cigarette. “You asked earlier what I was in the imperial army. I was … a foot soldier? A common soldier. Drafted by my Emperor for my people. Would I have preferred to remain a farmer? Possibly. Or possibly not. The truth is, I have never given thought to such a question. Nowadays, I don’t think very much about what you call the Japanese Occupation.”

“Would you have preferred that we remained as Syonan-To?”

He stared at me. With great amusement.

Then he stood up. After bowing, he said, “Oyasumi nasai. Regretfully, I have an appointment in the morning so I would not be able to send you off. I wish you safe travels in Japan.”

And so it was. The next morning, there was no sign of Ono at all.

(This post is based on an encounter I had in Kyushu in the late 90s. It’s dramatized for effect. Or should I say, toned down for public expression. What I learned from that incident – don’t discuss the Japanese Occupation if you are a tourist in Japan. Especially if you are from one of the conquered nations.)

Update Feb 2017: Do check out this article on current sentiments towards the Japanese Occupation and the name of Syonan-to. 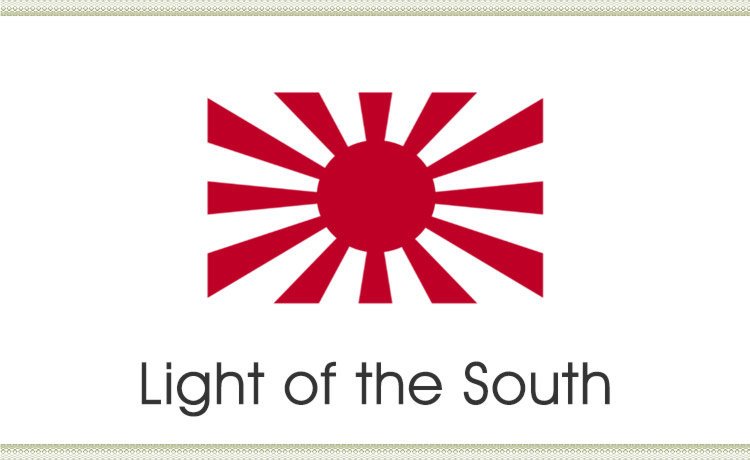 Article Name
Syonan-to: The Light of the South
Description
Syonan-To (Light of the South). For Singapore, the detested name is a source of shame. For others, it’s invokes pride and past victories.
Author
The Scribbling Geek
Share
Facebook
Twitter
Pinterest
WhatsApp
Linkedin
ReddIt
Email
Previous articleShort Story – Doomfang
Next articleLighter Fail

Time and Destiny Deities from Around the World