Electone score free download for Below the Lion Rock (獅子山下).

Below the Lion Rock (獅子山下). The city anthem of Hong Kong.

Below the Lion Rock (獅子山下), or Si Ji Saan Ha as the name is pronounced in Cantonese, is one of  the most culturally significant and beloved Cantopop songs ever. Wikipedia and Baidu describe it the “city anthem” of Hong Kong, while politicians have famously invoked the lyrics in speeches.

On YouTube, there are several documentaries on Hong Kong socio-political issues named after the song. Incidentally, these documentaries all highlight the legendary “Lion Rock Spirit,” this being the metaphor for the determination and unity of the common Hong Kong people.

As for me, I have various things to say about this song. Actually, I have a (hell) lot. But I’ll leave those political rants for the tail end of this post. Here are the Electone downloads:

In Cantonese, Let It Go could be translated as 放開 (fong hoi). That’s the first phrase in the chorus of Below the Lion Rock. The same sentence ends with the words矛盾 (maau teon), which means contradictions.

Doing so was difficult for me, I’d be honest. I’m Cantonese Chinese and I genuinely like Hong Kong, whether as a city, a people, or a cultural powerhouse. I also have relatives, friends, and business associates living there. I despair, deeply, whenever I think about how life has been for them this year.

As for what I do have to say about the protests, where do I begin? By expressing my empathy for the fears and frustrations Hong Kongers face each day? By (over) analysing the underlying causes for the still ongoing protests and writing thousand-word posts?

By agreeing, or disagreeing, with the escalating violence, and in doing so, establish myself as “pro police” or “pro democracy?”

You see, the problem is that I’m ultimately not from Hong Kong, not matter how much I care about the city. Frankly, as a Singaporean, I sometimes feel odd playing so many Hong Kong compositions.

By commenting extensively on the protests, I also cannot avoid the situation of watching the fire from across the coast (隔岸觀火). To me, doing so, and having a mouthful of yakky opinions while at it, is one of the most disgusting things ever to do.

In view of all these contradictions, I opt to use music to express my empathy and well wishes. I am a musician, or at least I think I am! I hope my choice of arrangement, down to the sequencing and the instrumental voices used, sufficiently reflect how I hope Hong Kong would be in the coming year. Let the legendary Lion Rock Spirit resurface one more in the Pearl of the Orient in 2020. May this wonderful city once again be peaceful and prosperous. 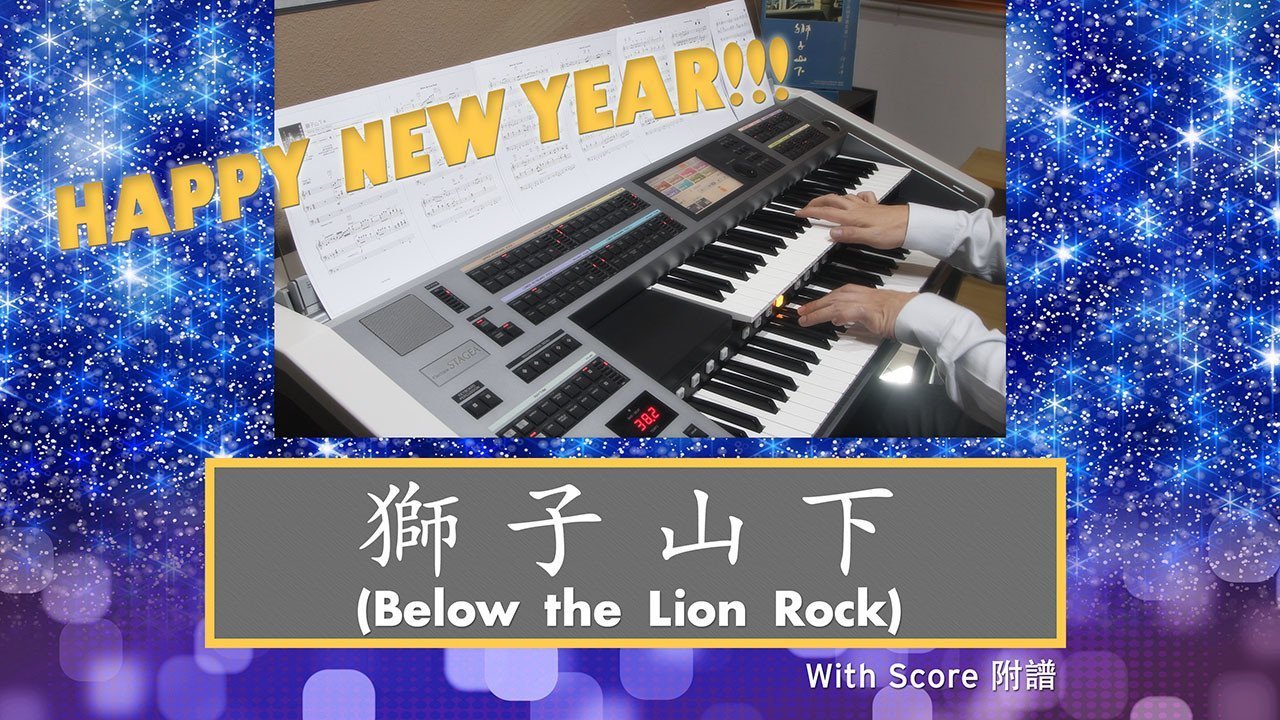