7 things to do during a flight delay that will ensure your holiday is not in tatters. For example, arrange for compensation with an app like Compensair.

Which in turn, reminded of an even worse flight delay years ago during my third trip to France. Lord, that one really took the cake. Not only did the delay lasted for more than a day, the airline lost my luggage. Not once, but twice.

Now, as the cliché goes, the best laid plans go awry. Travel enough, fly enough, and you are bound to encounter one of these awful travel experiences. But all is not lost, as long as you know what to do when your flight is delayed or cancelled.

The short of it, knowing what to do during a flight delay will ensure your precious holiday in not in shambles.


Because of that, chill. Be firm and clear in your communications with service staff, but chill. If your delay is worsened by any aggravating factor, such as a connecting flight with another airline, promptly highlight these without being rude. Always, always keep your cool.

In addition, never, ever be aggressive. Don’t even think about slamming tables, waving fists, throwing threats, etc. Consider this. Airports are sensitive places. Do you really want to make things worse for yourself by having security called upon you? I don’t think so.

2. Get Down to That Book

Going back to my Japan autumn trip, one big mistake I made was NOT bringing reading material and Manga with me. As in, digital versions stored in my tablet.

What I’m saying here is, when you’re trapped in a painful wait, fretting and fuming aren’t going to help. You might as well use the opportunity to force yourself to read that e-book/e-comic you bought eons ago but have never gotten down. At least you “accomplished” something. So to speak.

Still, it never hurts to know where you legally stand. At the very least, it a great basis for the (cordial) interaction you would be having with airline staff handing your delay. Here’s a rundown of your rights as a passenger when traveling from, or within, the European Union. Naturally, there are various other similar listings online too.

I’m no award-winning Nat-Geo photographer, but I have been selling images on stock libraries for years, so hear me out on this. Commonly-visited places such as airports take on a whole new identity when the crowds are gone. Or when you’re able to photograph them using different angles and perspectives. Do it well and you will have on your hand, the next 10k liked Instagram masterpiece.

Some online image libraries also allow you to sell “editorial shots” through them. These are images intended for use in journalism, images often featuring human events such as flight delays. You’re not going to become wealthy selling such images, but well, it’s potentially a little something to make you feel better.

A word of caution: If you do aim for editorial shots, please, be sensible about it. Don’t thrust your DSLR lens into the face of angry fellow passengers debating with the airline. You’re just inviting a beating. Were I to do it, I would settle for a wide shot with a minimum number of identifiable faces. For example, a side or rear view of delayed passengers gathered around a counter.

Admittedly, most people wouldn’t be in the mood to chat. Or would they? You know, people bond intensely when there’s a common “enemy,” or a common nuisance such as a disrupted travel itinerary. Goodness, you might get so involved in your sharing, you regret the delay ending because you haven’t yet finish chapter 5 of your tragedy. Wait, I’m kidding here. But you get the point.

Knowing your rights is one thing. Arranging and securing flight delay compensation is quite another matter.

Luckily, there are nowadays services like Compensair, which helps you arrange for compensation from airlines if you are departing from an EU country, or if your flight is operated by a EU registered airline (Iceland, Norway or Switzerland too). With Compensair, not only can you easily update yourself with information about delays, the claiming process is a breeze; you need only to provide signed consent and travel information.

Thereafter, Compensair will arrange for compensation and when successful, they will transfer the claimed amount to you. Note, though, that there will be a 25% service fee calculated based on the claimed amount. In my opinion, this cut is well-worth it for their professional experience. Definitely, for not having to deal with grumpy airline staff too.

Honestly, a travel delay is the sort of annoyance you’d only know after you walked into one. In other words, there’s no fool proof prevention.

It’s not going to be a complete disaster. Who knows? A few years down the road, you might even be able to talk about it. Or write on the subject. As I’m doing here. 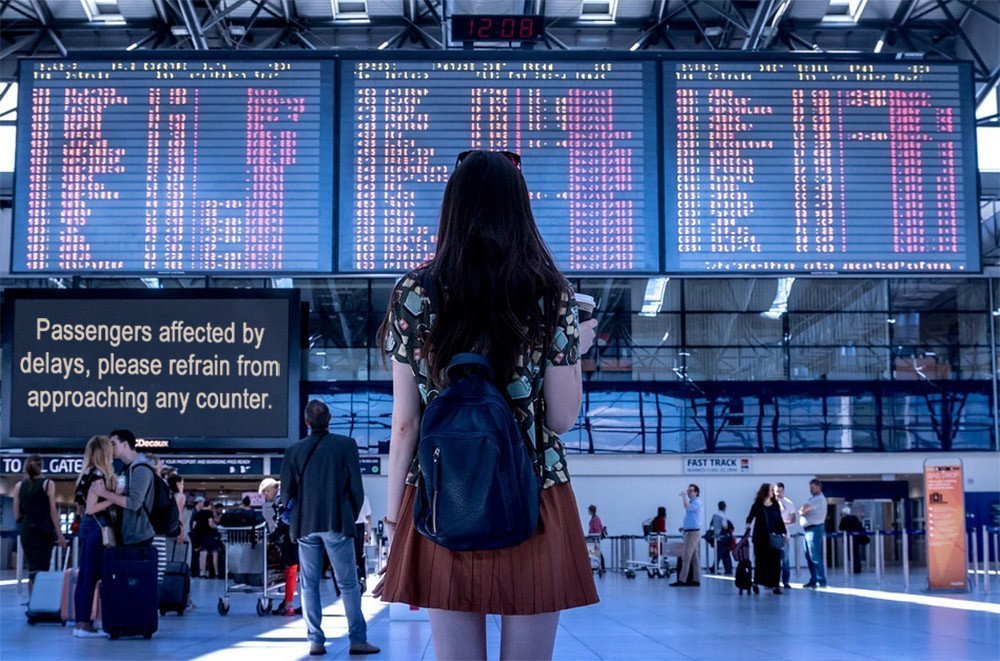