Free Electone score and registration for one of the most successful Cantopop hits ever. 上海灘 (The Bund)

是廣東人就唔可能唔識得上海灘??! (No Cantonese Chinese would be unfamiliar with Sheong Hoi Ta’an i.e. The Bund??!)

Yup. That’s how I would describe Sheong Hoi Ta’an, known in English as The Bund and pronounced in Mandarin as Shang Hai Tan.

The TVB opening theme song for a 1980 drama series of the same name, this is arguably the most successful composition of legendary Hong Kong composer Joseph Koo. The, THE signature song of evergreen Cantopop singer Francis Yip too. Might sound a stretch to say this, but I think nine out of ten Cantonese Chinese worldwide would be familiar with this tune. Many might not speak the dialect, but recognise the song? Oh yes.

In my case, I thought about arranging the song for the Yamaha Electone Stagea right after completing Condor Heroes ’83. The usual then happened and, blah blah blah, it took me 15 months to get down to it. This itself is really shameful, and clear proof of how badly I can procrastinate, because I actually have a lead sheet for the song – a  tatty 33-year-old relic notated by one of my organ teachers. (I really just needed to add in the accompaniment and drums) Anyhow, one of my 2019 New Year resolutions is to finish one Electone arrangement each month, so here it is! 上海灘 in full and based on the 1980 recording. With an additional introduction solo.

Sincere thanks to YouTuber Nattasira Yauvasuta for highlighting “Rubato” means “rhythmic freedom by a slight speeding up and then slowing down of the tempo.” I’ve investigated and unfortunately, there seems to be a slight difference between the traditional and the modern interpretation of the term. (Type “rubato meaning” into Google and you’ll see two definitions) Rather than use the less common terms (for Electone) of Ad Libitum or A Piacere, I decided to retain my original notation. What I mean is, play it as you wish.

If this is the first time you listening to this song, and you’re curious about the associated TVB series but do not understand Cantonese, hey, there’s still good news! It’s on Netflix. Titled as The Bund.

Not exactly the original series. Instead, it looks (to me) to be a movie condensation. The theme song plays in full right at the beginning.

Music aside, this is also a great watch if you enjoy Chow Yun Fat’s acting. Before he was Li Mubai, or King Mongkut, or Sao Feng, Chow was Hui Man-Keong. Righteous gangland leader of pre-war Shanghai. From what I was told, The Bund was also what propelled Chow into a household name in Hong Kong – actually, I think many older Hong Kong residents today would still immediately know who Hui Man-Keong was. And with that, who famously portrayed the memorable character in 1980. 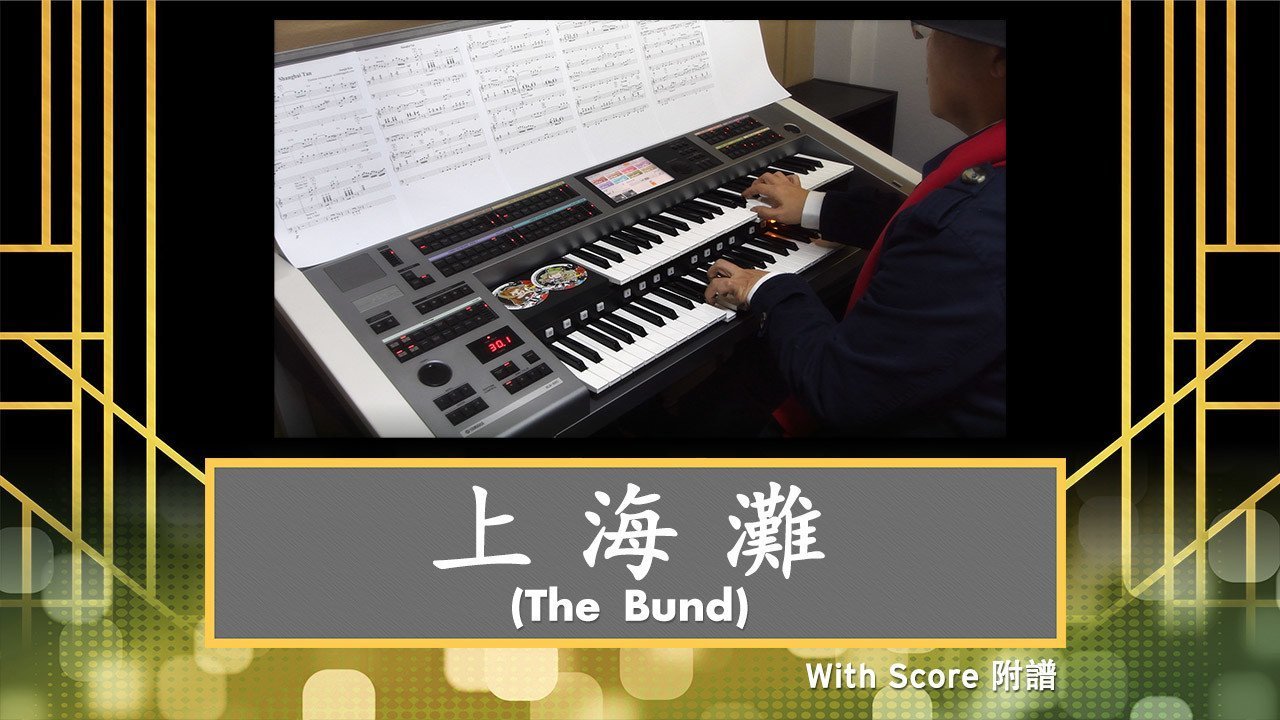