Personally, I’m still puzzled as to why the name was changed; Atlus went ahead to use Shibuya, Akihabara, and so on. One important thing to note about the neighbourhood is also that while it isn’t as modern as Shibuya or Ginza, it’s certainly no backwater (As portrayed in the game). The heart of Sangenjaya is but a few minutes by local train from Shibuya Station. The area was lively when I visited.

As for my two-hour visit, overall, it was pleasant. Not as heady as my exploration of Shibuya Persona 5 sights, but nonetheless still very enjoyable. Oh, there was a slight downer. As in, I didn’t manage to see one of the most recognizable sights in the game. Outside of that, I easily located all other P5 Yogenjaya sights within minutes. I even had a very enjoyable lunch. At a café I consider to be the real-life version of Sojiro’s Café Leblanc.

Screenshots copyright property of Atlus, etc etc.
Sangenjaya Station itself is two stops away from Shibuya Station on the Tokyu Den’en Toshi Line. (Not a JR or Tokyo Metro Line, take note) The “alley” is located here.

Okay. Time for the downer. One of the most distinctive sights in the game is the Fuji no Yu sento right opposite Leblanc. In real-life, it’s called the Chiyo no Yu, and all I found was this:

This was a terrible mistake of mine. Beforehand, I didn’t properly check Google Maps and so I didn’t realise the sento only opens at 3.45pm! (I was there at noon, and I couldn’t stay as I was short of time) Actually, when researching Maps, I assumed the place was closed for good. Anyhow, the only thing I could do there and then was to move on. And so I turned and headed into …

Leblanc doesn’t exist in real-life, of course. But right where Leblanc supposedly is i.e. opposite the sento, is a café that’s very much the nearest thing you can geek in. (By nearest, I don’t just mean geographically) Heading into it, I found …


That’s it for my not-too-successful exploration of Sangenjaya. In the final post of this P5 real-life locations series, I’ll share images of Tokyo attractions found in the game. 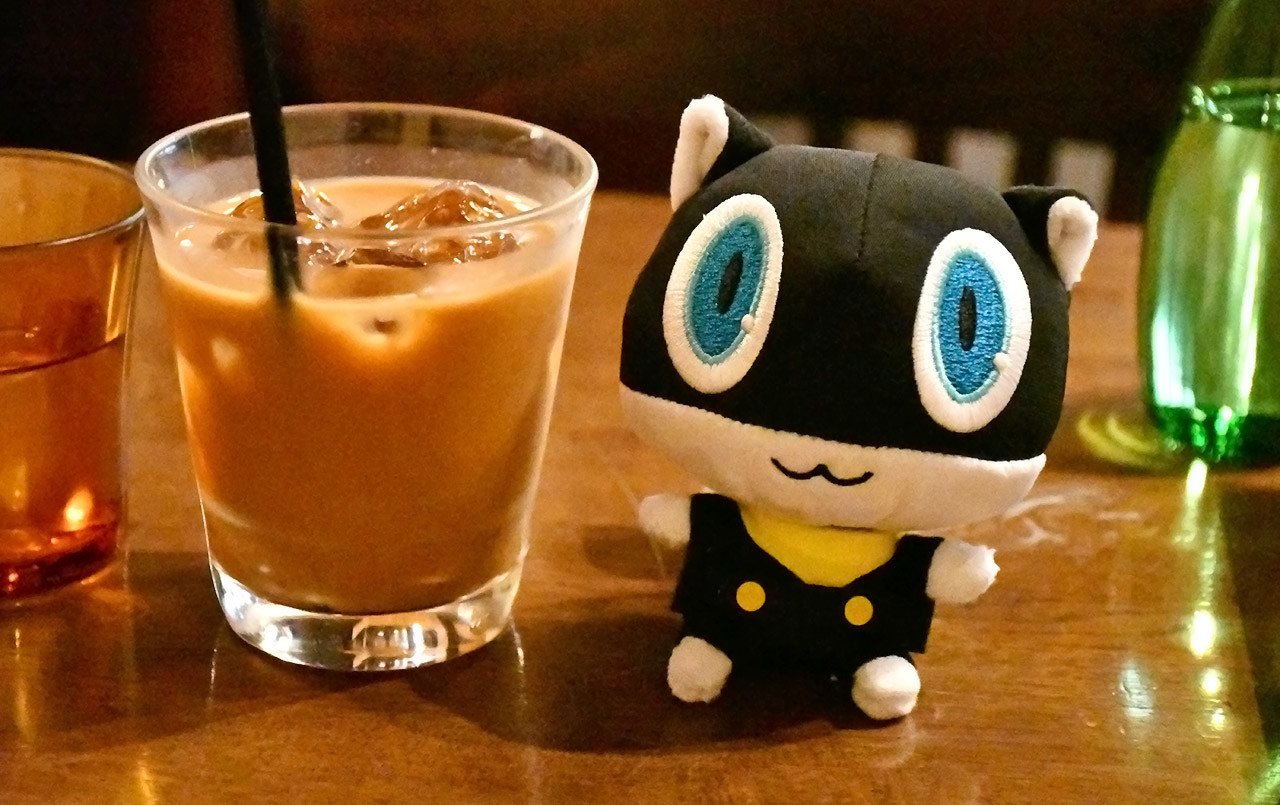