Right! As I mentioned in a previous post, I was away for two weeks. After months of planning, I spent two hectic, glorious weeks in autumn-time Japan. Journeying all the way from Osaka to Fukuoka, then back to the Chugoku region, and finally up north to Tokyo and the Kanto region!

There’s a lot that I wish to share. For the sake of (personal writing) organisation, though, allow me to first do a visual summary of this Japan autumn trip. This post will eventually serve as a list of links to the respective articles. Some of the articles would also not be on this blog, but over at my WanderWisdom articles.

My big Japan autumn trip of 2018 began on a big note, following which it quickly went on a spiral downhill. The result of which being I ended up spending over 12 hours at Singapore Changi Airport! While I can’t say the airline I flew with didn’t do its best to soothe the wait, it’s still an experience I hope never, never to repeat.

2. Hunting for a Certain Gangster in Onomichi, Hiroshima

Onomichi, a Japanese seaside town in Hiroshima Prefecture, is famous for its temples, many slopes, and for being one of the termini of the Shimanami Kaido cycling route. For video game lovers like me, however, it’s the mysterious hiding place of a certain legendary gangster. I spent an autumn afternoon attempting to track down that legend.

3. Reliving a Certain Sub-story From Yakuza 5

To be honest, I don’t own a PS3, and so I have not played Yakuza 5, known as Ryū ga Gotoku 5: Yume, Kanaeshi Mono in Japan. However, with all the high-res PS4 remakes that are going on, I’m pretty sure it’s a matter of months before I obsess over the most expansive episode of Sega’s flagship series for the PlayStation. In preparation, I spent several nights reliving one of Yakuza 5’s most famous sub-stories.

Tokyo is my favourite city travel destination, and a lot of that has to do with the Japanese capital being the principle venue for the Shin Megami Tensei series of games. After years of hesitation, I finally got down to spending two entire evenings visiting the key locations of one of the best episodes. While listening to awesome SMT soundtracks.

5. A Persona 5 Tourist in Tokyo

Being such a huge fan of Persona 5, how could I not check out P5’s most famous locations while in Tokyo? This was what I looked forward to most for this Japan autumn trip. Actually, I got quite giddy while at it.


Travel in autumn-time Japan is very much about red leaves and yummy food. What’s seldom highlighted, on the other hand, is that if you visit during the latter part of the season, you stand a great chance of seeing the Winter Illuminations too. Believe me when I say these light-ups, man-made as they are, easily rival the autumn leaves in beauty.


It’s touristy but come on, who doesn’t love the gardens of Japan? Especially when they are adorned with splashes of red everywhere? Here are some of the most beautiful gardens I visited during this autumn holiday. Pictures include those that I took on previous trips.

Not promoting my other Japan travelarticles with this one; because it was actually my “work” during this Japan autumn trip. As much as I could, I tried to capture new images for my older articles so that I could refresh what I already have or decrease my reliance on stock images.

9. An Ekiben Journey in Autumn Japan

Ekibens, or eki-bentos, or train-travel meal boxes, are big in Japan. They also happen to be my favourite way of dining in Japan, because it’s yummy, it saves time, and it’s invariably a colourful journey. For this trip, I made it the point to sample as many Ekibens as I could.

10. The Magic of Lights and Shadows

Other than my game inspired itineraries, the other high point of this trip was the opportunity to check out the light displays of teamLab and NAKED. If you’ve been following my blog, you’d know I’m a keen fan of light art and sculpturing. I thrilled to say what I attended was simply, simply, phenomenal.

Check back regularly as I update this page with links to the actual posts! 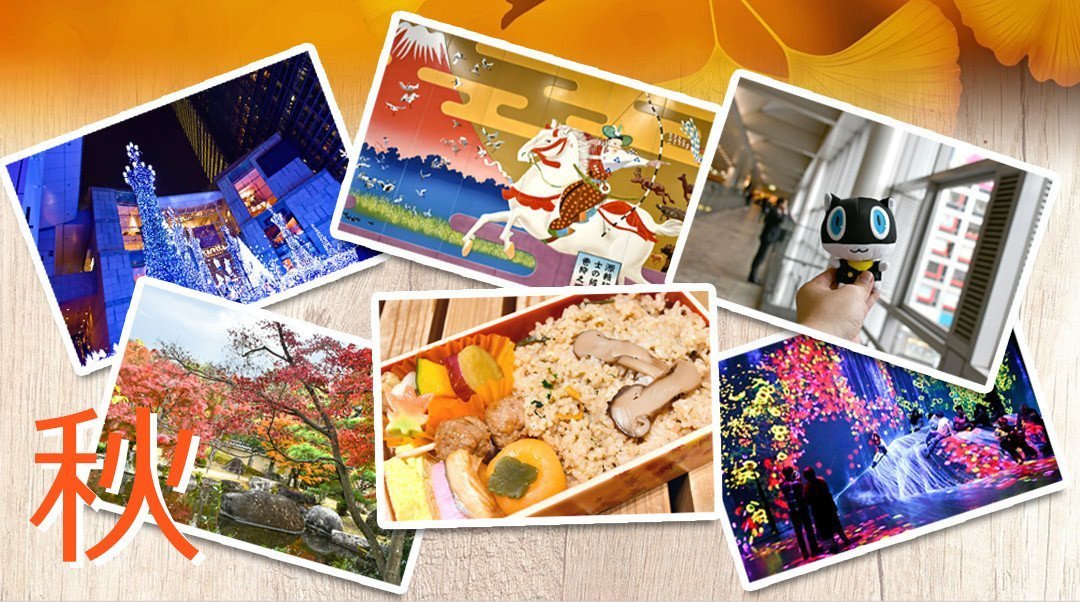