These Singaporean Locations Are Perfect for Video Games! – Islandwide Edition

There is no shortage of weird and creepy Singaporean locations perfect for video games.

During the Trump-Kim Summit of June 2018, some tabloids had great fun highlighting the fact that the venue of the summit i.e. Sentosa Island, was once a pirate haven.

Yeah, where Universal Studios Singapore now stands was once called Pulau Blakang Mati, mati literally the Malay word for die/death. Supposedly, the small island was also infested by miasma and malaria-causing mosquitoes in the past. During WWII, a prisoner-of-war camp was situated here.

At the same time, Blakang Mati was the site of Fort Siloso, a major British coastal battery before and during WWII. The restored fort is nowadays a museum and somewhat dull compared to the other more lively attractions of the island. Yet, take a stroll through its corridors and you will surely agree that this is one of the most unique attractions in Singapore.

Game-wise, what could be eerier than spartan tunnels that were once the last stronghold of desperate soldiers? Soldiers who were subsequently captured and imprisoned under horrific conditions for years? In short, grim stories lurk in every corner of this desolate fort. Any could easily be expanded into a full-length survival horror video game.

For a good number of years, Singapore’s oldest statue park was all but forgotten.

Thanks to travel listicles and the obsession for selfies in recent years, though, Haw Par Villa is now decisively back in the limelight. A macabre experience that is frankly quite unmatched by all other Singaporean locations and attractions, the compact park feels like something right out of an Asian adaptation of Ghosts and Goblins. Where every other display seems eager to have a go at your throat.

So as to jack up the gore, there’s also the notorious Ten Courts of Hell display, an utterly unapologetic presentation of what WILL happen to you should you continue to indulge in lies, trolling, and pornography. In short, the whole of Haw Par Villa seems designed for a horror video game despite being built in the 1930s. Of late, Halloween parties have even been conducted here.

For property developers and the rich, the affluent precinct was once the glowing gem of Singapore’s booming property market. For the less affluent, well, the sky-high prices and percentage of foreign ownership summarise the festering social divides in the country. The short of it is that Sentosa Cove was once, a location of disgust to some Singaporeans.

The above aside, the enclave is without a doubt, the most detached luxury property in Singapore. Split from the mainland and literally facing away from the general populace; not too unlike how a feudal lord is separated from his fiefs. All these make the estate rather perfect for … a zombie outbreak? I mean, the resort-like location of Sentosa Cove at the far end of Sentosa Island just screams Dead Island, doesn’t it? True blue Singaporeans would also know what I mean when I say a major boss of any game inspired by Sentosa Cove should be a scantily dressed, gyrating female zombie. A feverishly gyrating one, assisted by a suit-wearing, golden hair (lame) sidekick.

I’m including my alma mater on this list for one reason only. It’s weird. Possibly the weirdest medley of buildings assembled within the same grounds in the whole of Singapore.

Somewhat situated within and around a valley, the campus has the distinct feel of a haphazard architectural theme park. One in which dreary concrete blocks stands alongside glass-fronted ultramodern structures, while encircled by hostel dormitories that vary from the aged to the hippy, to the downright bizarre. (An older hostel was, in my time, called the Fish Tank)

During my own hostel days, when I was seriously that bored, I used to fantasize about the whole of NTU being one big action platformer game. Yunnan Garden was Stage 1, followed by a dangerous trek down the South Spine. After which you have to backtrack to Nanyang Lake to collect some necessary item, in the midst of which you’d be attacked by deformed dragonboaters surrounding the lake … You’d know how weird the campus is, if you ever have the chance to visit it.

Like any major city that’s over a century old, Singapore has a terrifying abandoned hospital, one that is 100 percent picture-perfect for any horror video game.

Built in 1935, Old Changi Hospital’s main claims to notoriety is its history as a prison camp for the Japanese secret police during the occupation years, as well as the rumoured existence of a certain torture chamber.

There are also other ghastly tales, such as hidden incineration chambers, ghostly nurses parading in the night with ghostly babies, bloodcurdling screams in the night, etc. All these are not helped by the strange fact that the deserted hospital has not been torn down despite being vacated for over 20 years. In land precious Singapore, this phenomenon is the very definition of “unfathomable.” Perhaps something is indeed protecting this derelict Singaporean location from demolition?

Pray you never have to meet that something.

For the unfamiliar i.e. non-Singaporeans, Yishun is one of the larger public housing estates in the north of the island.

Overall, it’s a pretty mundane place, as suburban towns usually are, except for the fact that in recent years, Yishun has been in the news for all the wrong reasons.

Deranged cat killers, home stabbings, freak accidents, disturbed individuals strutting atop overhead bridges … Yishun has seen it all. In fact, so much weirdness has happened in the estate, some Singaporean netizens have suggested, erm, building a wall to enclose the town. (The rest of SG needs protection)

Now, assuming that happens, wouldn’t it be quite a rich story for a video game?

Or maybe the story could go the other way, as in Persona 4 style. For one reason or another, Singaporean living with a “devil’s ring” increasingly succumb to bouts of frightening madness. You have to determine the truth before the law minister walls up the entire darned town. What terrifying secrets would you uncover? Ahh! The poor Yishunites are doomed without your intervention!

Towering at a frightening altitude of 163.63 metres, where the air at the summit is colder and thinner than anywhere else in Singapore, Bukit Timah Hill always seems so unreachable and untouchable. Shape-wise, it looks foreboding too, distinctively isolated and with two horns i.e. telecommunications pylons capping the peak.

If I were to, say, have a need to disseminate immense evil over the whole island, this is the Singaporean location I’d be making a beeline for. You can understand why, yes? After spreading my wickedness, I can safely ensconce myself in the chilly summit. Any hero out for my blood would then have to trek through several kilometres of tropical jungle just to reach me. By the time he does so, he’d be so worn out, so stricken with mozzie bites, I can take him out without breaking a sweat. The whole, ahem, mountain, is practically a video game fortress. 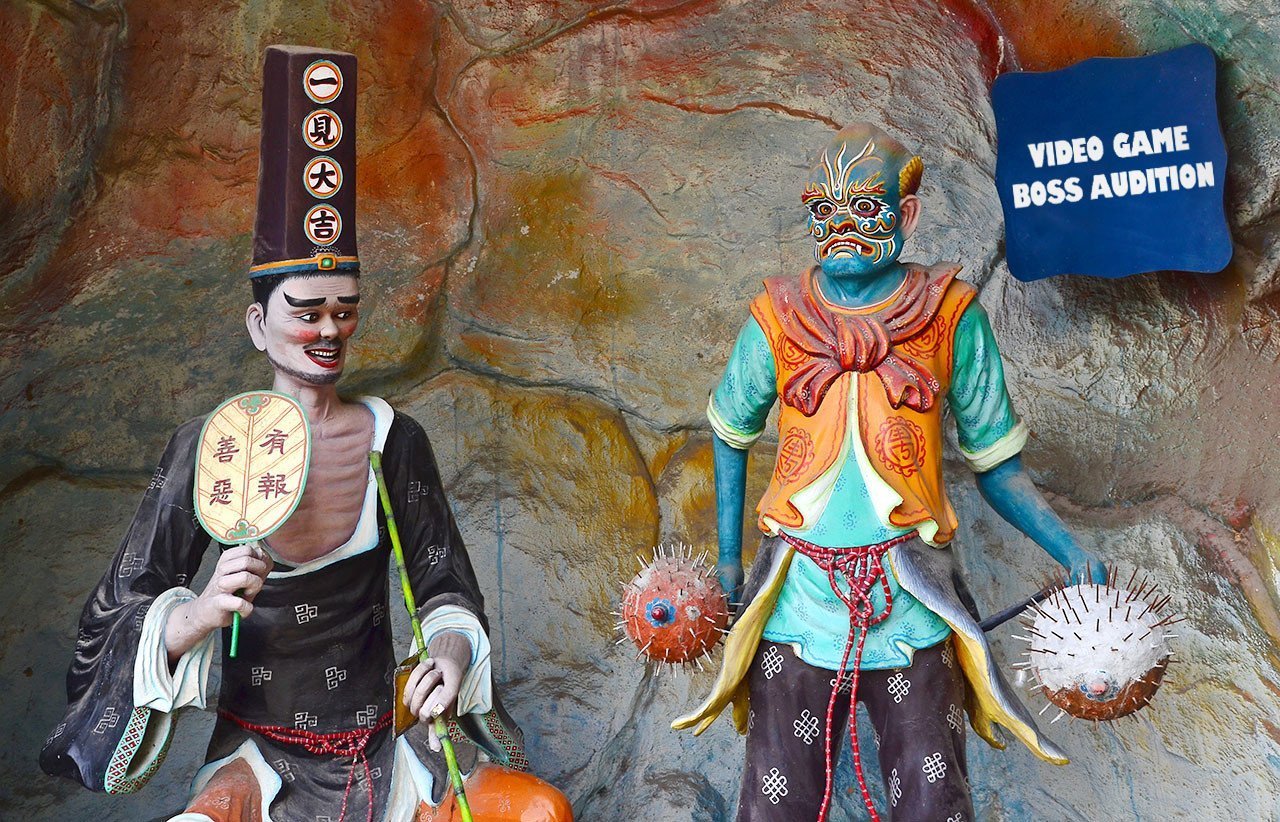 Article Name
These Singaporean Locations Are Perfect for Video Games! – Islandwide Edition
Description
Many Singaporean locations are superb for use in video games. For example, the utterly creepy Old Changi Hospital.
Author
The Scribbling Geek
Tags:GamesHumorSingapore
tweet
Share on FacebookShare on Twitter