The Scribbling Geek > Diary > Imaginarium 2018 at SAM at 8Q
Diary

The delightful In Our Time exhibit at Imaginarium 2018.

Into the Space of Time with Imaginarium 2018 at SAM at 8Q.

I’m very late on this, with the exhibition ending this weekend on the 26th. But, better late than never, eh?

Like An Evening with The Little Prince, Imaginarium: Into The Space of Time isn’t an exclusive event of Singapore Night Festival 2018, though (again) I visited it during the festival. Happening at SAM by 8Q, the exhibition was, as is often said, in the right place at the right time. Checking out the quaint exhibits in the evening definitely added a playful touch to the visiting experience too.

This exhibit, located on the ground floor, is hands-down my favourite. Conceptualised by local artist Lee Xin Li to celebrate Singaporean memories, walking into this exhibit is akin to entering an Usborne book. You know, those delightful British children’s books with oh-so-crowded colourful illustrations?

At the same time, identifying familiar local icons in the main mural is also similar to a massive Where’s Wally game, one that’s full of pleasant surprises everywhere. The studio was filled with grinning adults and excited kids throughout my stay. Every so often, the recognition of a familiar sight brought on hearty laughter too.

This strongly appealed to the speculative-movie fan in me.

Through a wall with numerous glass jars each displaying a movie snippet of a volunteer, videographer Stéphane Masson poses the philosophical question of whether a video is “a glimpse into the past or a moment captured for the future.” For visitors not into such musings, Momentarium could still be enjoyed as a game; there are two stations where you can film yourself, after which is the challenge to find yourself among the jars within the time limit. I regret to say I tried the “game” twice and did not remotely find myself. Hmm, there seems to be some sort of … message/wisdom in that failure.

Lovers of Japanese Anime and games would adore this one. Other than dreamy seasonal landscapes of Nihon, Utsuroi Iroha also uses motion sensors to merge visitors into the artwork. Once captured, your motions bring on all sorts of magical reactions too.

For me, what’s additionally interesting was the use of the Xbox Kinect camera by some of the displays. See? Gaming gear isn’t just about fun and games. Under the right circumstances, they could be used for artistic expression too.

According to write-ups, GedAze Project’s Passage (2018) uses yarns and repurposed fabric to represent the universe. As you pace through this room, you are journeying across the universe, correspondingly, metaphorically, also trekking across time.

To be honest, these descriptions were a little bit too imaginative for me. I’d say, though, I did sense a certain, I don’t know, orderliness meandering through the chaos? All right, that’s me attempting to be an art critic. I’d stop here and not embarrass myself further.


Like I mentioned earlier, Imaginarium 2018 is ending soon! This week is your last chance to visit. FYI, the exhibition is opened till 9pm on Friday the 24th. Till 7pm on other days. For this week, there would also be screenings of short films and animations that “draw upon the concepts of the fourth dimension.” 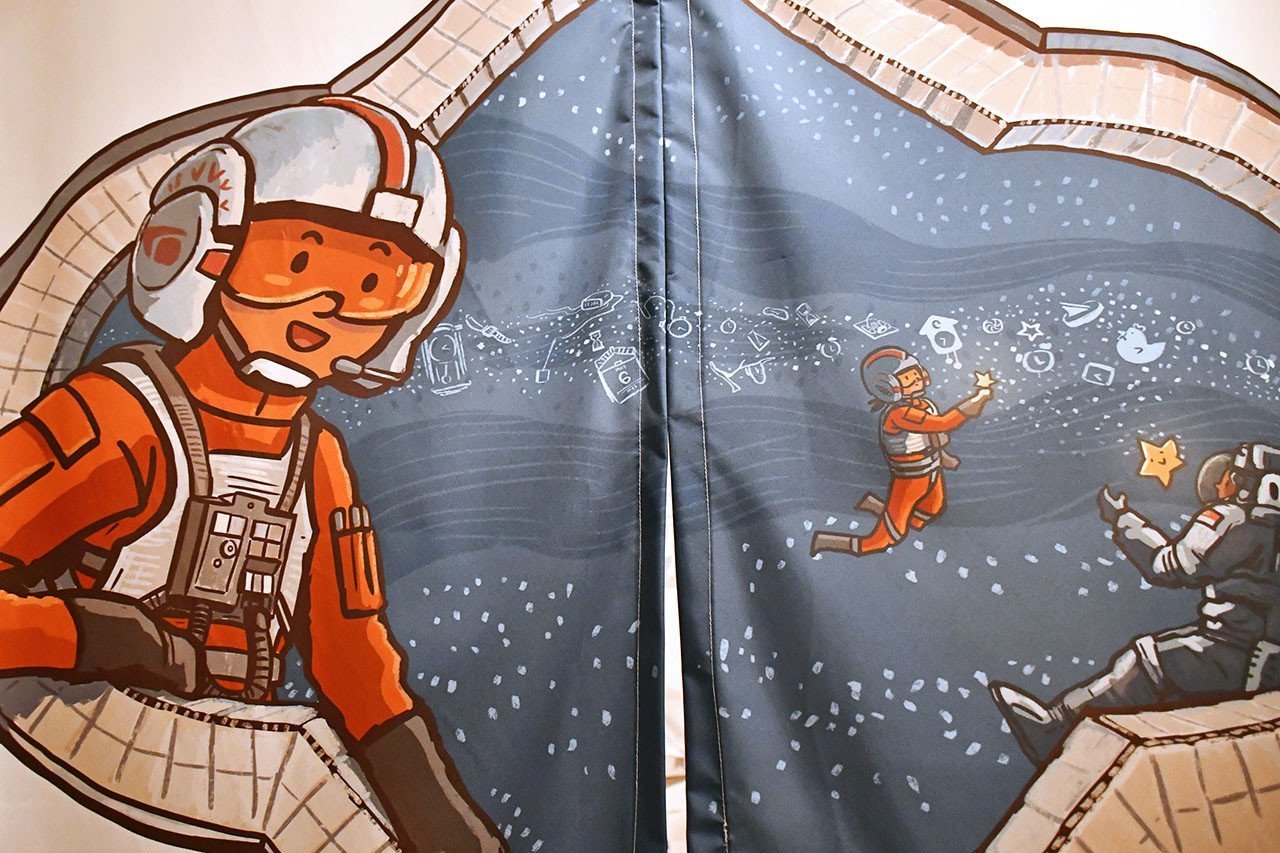