In the case of Singapore, mid-year also heralds the arrival of the second major ethnic celebration, that of Hari Raya Puasa and its accompanying Geylang Serai Bazaar. With the bazaar nowadays as equally about preparing for Hari Raya Puasa as it is for showcasing the latest hipster food, I’ve been looking forward to visiting since mid-April. To paraphrase the words of others, this month-long event is one of the most dazzling mix of the traditional and the hip in the Singaporean festive calendar.

When I visited the festive bazaar last year, I was still groping about for the right (and efficient) way to do my festive light-up posts. No thanks to that, I was obsessed with taking pictures with my then Nikon D7000. I think I ended up buying from just two of the food stalls.

Not going to happen this year. While food isn’t one of my major blogging niche, I’m determined to stuff more down this year. My LG G6 has also been behaving admirably, so this year I wouldn’t have to queue and eat with a chunk of magnesium alloy dangling before me. In other words, it’s time to feast! I must feast!

First of all, I barely recognised the vicinity upon exiting Paya Lebar MRT Station. Despite having lived nearby for three years the last decade, there have been so many changes and build-ups, I needed half a minute to orientate myself. Even the spread of the festive bazaar is different from last year, the bulk of it is now wrapped around the nearly completed Wisma Geylang Serai. Because of this, there are also different sections this time round. Each more or less caters to a different crowd. (An amusement area, food, cars, etc)

Secondly, I got my dates wrong, of all possible mistakes. While the Ramadan bazaar and festive lights began on May 12, Ramadan itself doesn’t start till May 15 i.e. the day after my visit. Likely because of this, many stalls were still in the process of setting up; carpenters were literally sawing away when I stepped in. On the bright side, this meant crowds were thinner and photo-taking was easier. For those of you who are into “the full swing” of things, I would advise you schedule your visit for after May 18th.

Right. On to food, what most Singaporeans would be heading to Geylang Serai Bazaar 2018 for. The emphasis this year seems to be cheese, exotic drinks served in huge cups and buckets too. As for me, I bought a Thai green milk tea and man, it lasted me the entire visit.

Satiated after two hours about the food stalls, I found a corner to sit at and patiently awaited nightfall. Probably because most visitors were then queuing for food, it was quite easy for me to snap pictures of the early evening illuminations. Some of the areas I wandered into were nearly empty. 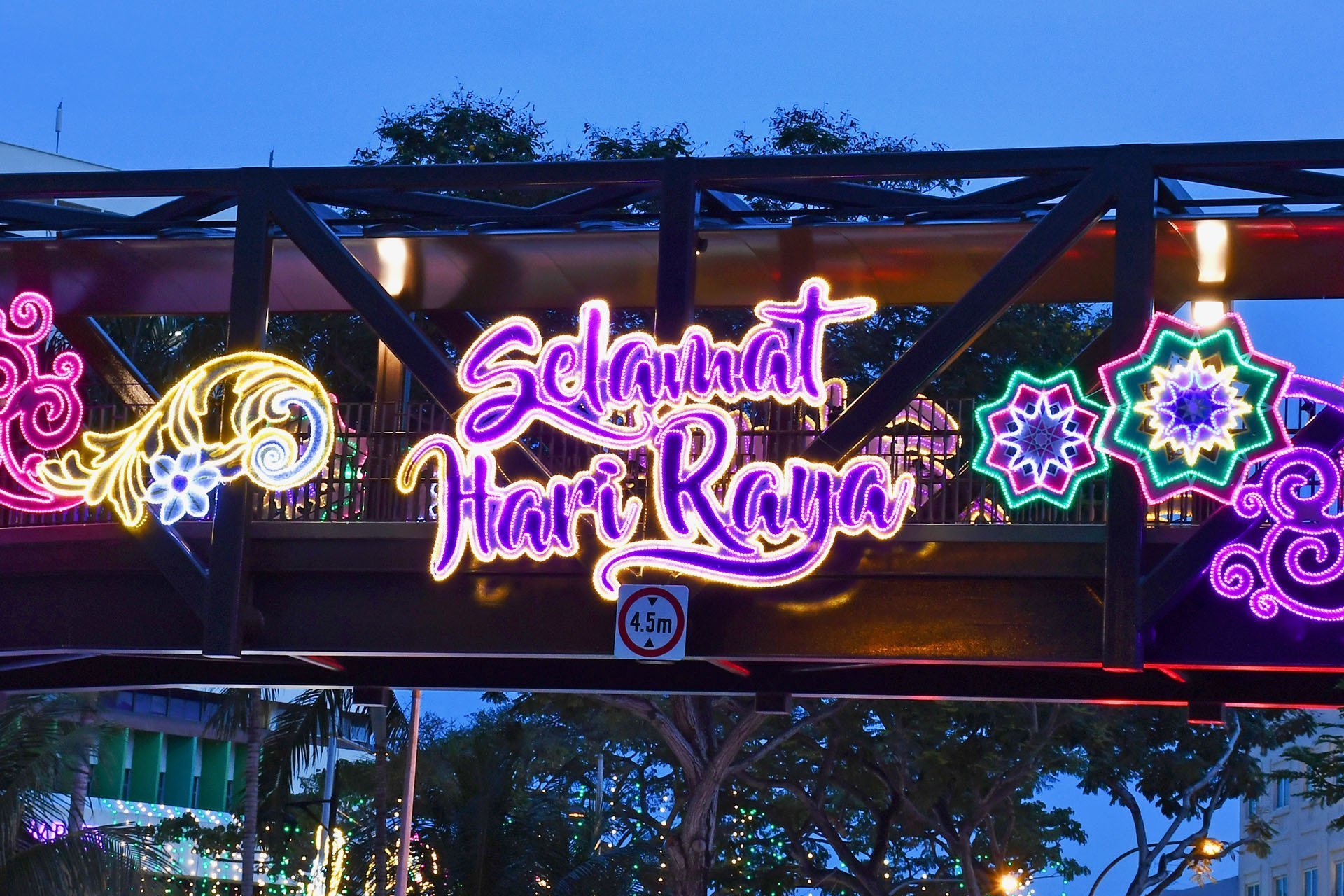