Black Friday has gone by. Cyber Monday is soon to be over too. With that, the year-end (shopping & celebration) season officially begins.

Yes. Star Wars season is upon Singapore, the high point of which would be Dec 14, the release day of Episode VIII: The Last Jedi. In conjunction and in “celebration,” Star Wars themed exhibitions have since been popping up all over the island. Last evening, I spent several hours checking out the displays at The Centrepoint before heading over to Marina Bay Sands for the special Star Wars Light and Water Show spectacular. Here are the pictures I took. As well as the remnants of my Kamino-like filming at the end of the evening …

There was a major exhibition happening at this venerable mall. Forgoing typical December Christmas-y decorations, Stormtroopers are instead used as mascots for this year-end.

Instead of the usual Spectra light and water show at the waterfront, Marina Bay Sands scheduled a special Star Wars-themed display as promotion for The Last Jedi. What I didn’t know was that there was going to be a cosplay event too. I was very lucky to walk right into a platoon, just before the cosplayers presented themselves to the crowds.

Having previously not been successful with filming Spectra, because of people who kept stopping in front of my camera to go “ooooh,” I secured for myself a front row place for the special show. As in, right at the railing before the water and alongside other enthusiasts.

What happened? Got ourselves drenched silly, we did. The wind, coupled with the force of the jets, kept blowing spray all over us. Not matter how I tried to WILL the blast away, it just kept coming in waves. Actually, it even got stronger as the performance climaxed.

I have a second chance! There’d be a repeat performance on Dec 15, one day after The Last Jedi premiers. Mediate over how to do it properly, I will now do till then. 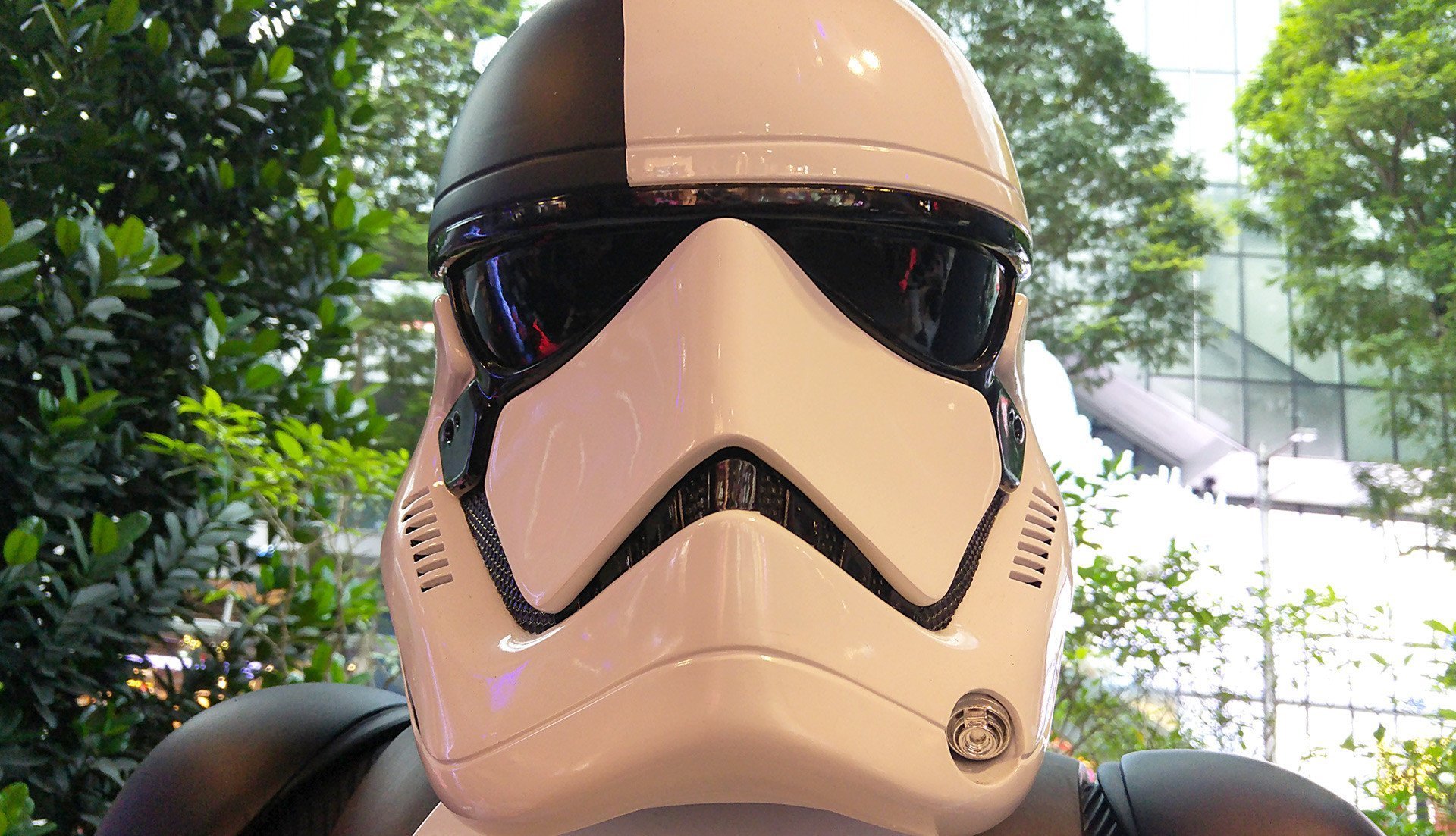 Article Name
A Star Wars Themed Weekend in Singapore
Description
A Star Wars themed, Last Jedi and Stormtrooper weekend. At the end of which I discovered, there’s never a Jedi around when you need one.
Author
The Scribbling Geek
Tags:PhotographySingapore
tweet
Share on FacebookShare on Twitter