When I read about this online a week before my visit, I immediately decided right away I MUST go for the festive meal when at the park. (I used to be a big Saw fan, till the stories became ridiculous) How was the experience? Take a look at my pics and judge for yourself. 🙂

This appetizer was “okay,” although I didn’t care too much for the sauce. The ravioli itself strongly reminded me of Cantonese style prawn dumpling i.e. wanton. Actually, that’s what the Chinese name says. I didn’t know wanton was ravioli in Italian. (LOL)

Presentation of the soup wasn’t too inspirational or Saw-like, as you can see. But I love anything made with pepper and so this was quite tasty to me.

When I first discovered the menu online, the item that immediately captured my eye was the dish featuring Billy’s face.

Unfortunately, that’s made with Sea Bass (so I read), which I strongly dislike. Not an oxtail eater as well, this left me with just one option, the seafood risotto. Overall, this was decent, if a little too “healthy” in taste, if you know what I mean. As for the presentation, I regret to say I was rather disappointed. It did feel like two lumps of someone’s insides, with the syringe of salad dressing being a nice touch. On the other hand, the overall dish really didn’t resemble what was promoted on the menu, the latter having a much more meaty look with veins and everything. Perhaps some sort of ham should have been used as the wrap instead.

The mousse/cake itself was delicious. But the layer on top of it i.e. the play me bit, was kinda hard and papery. It was pretty tasteless too.

I’d say this at the risk of incurring Jigsaw’s wrath for not being appreciative. The Saw Set Menu didn’t quite live up to expectations. Taste was average, and presentation of the main course was somewhat lacklustre. On hindsight, I ought to have ordered the Sea Bass for the main course; that at least would give me Billy’s face up close and personal to swoon over. But oh well, there’s always next Halloween and the next trip. One thing I’m certain. This definitely wouldn’t be the last time Jigsaw extends his nefarious presence into food and tourism. 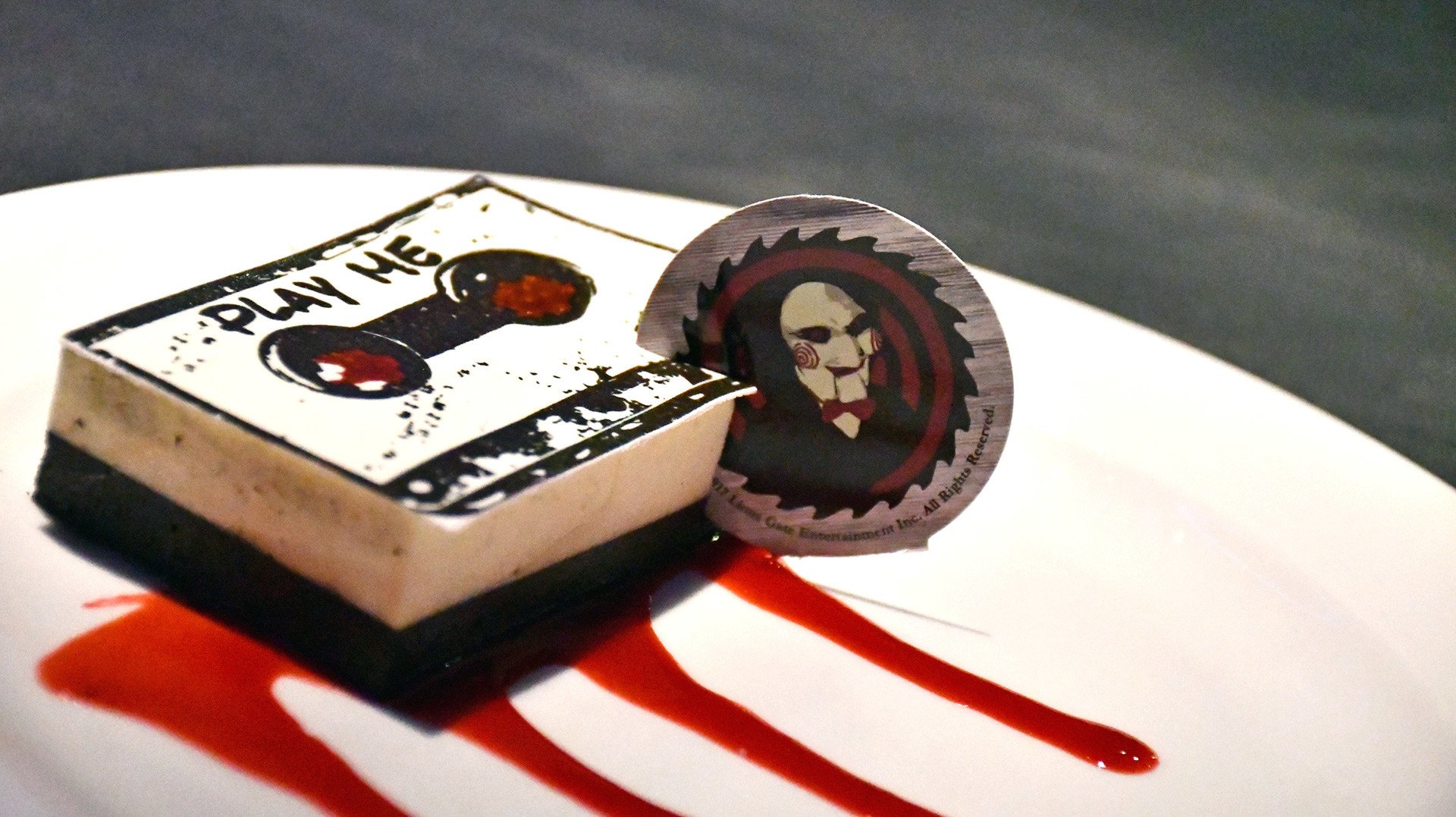