These Singapore Landmarks Are Perfect for Video Games! – Downtown Edition

Are there any Singapore landmarks perfect for use in video games? Of course there are!

Occupying the most scenic spot of the Singaporean waterfront, Marina Bay Sands (MBS) not only enjoys a full view of the Singapore skyline, it is itself an eye-catching ensemble of ultra-modern architecture. The showpieces of which being the world’s largest public cantilevered platform and the lotus-shape ArtScience Museum.

In fact, MBS has already been featured in video games, for example, as a hazy background in Battlefield 4. What I’m suggesting here, though, is for the integrated resort to be a proper gaming stage by itself. Such as the backdrop for a Street Fighter like bout, or an entire zone for metroidvania-like exploration. With its size and exotic components, don’t you agree the whole of MBS is perfect for every type of cyber adventure?

2. Gardens by the Bay

Like MBS, the iconic Supertrees of Gardens by the Bay have already appeared in video games, specifically, within a battle zone in Call of Duty.

With the trees among the most eye-catching modern installations in the world, though, I feel they deserve far more homage than that. How about as a setting for tactical role-playing adventures like Devil Survivor? Or as a world wonder in the Civilization series?

Additionally, the solar-powered Supertrees are hardly the only unusual fixtures in Gardens by the Bay. There are also the two futuristic exhibition domes. In a JRPG-ish game, secret life-preservation systems in these domes would be what saved a fraction of the Singaporean population from global catastrophe. How would the story then continue? It’s up to gamers to discover.

3. Esplanade, Theatres on the Bay

Before MBS, Esplanade, Theatres on the Bay, stood at first place on any list of Singapore landmarks. It’s still worth a mention, however, and hereby I’m going to recommend them to be more than a background in a video game.

Locally and internationally, this strange edifice has earned various nicknames, from beloved ones like “durian head” to rather unflattering titles like “fly’s eyes.” In a Persona-like title, what would this become? In an alternate reality of Singapore, would the entire art complex be one huge monstrous fly? Whose inner cavities you have to traverse in other to revert it to its original form?

Or maybe it’s some sort of semi-organic stronghold, ruled by none other than the Lord of the Flies himself, Beelzebub. That would be a splendid setting for a Shin Megami Tensei episode, wouldn’t it? In fact, had Esplanade, Theatres on the Bay been in Japan, I bet it would have long appeared in a SMT game.

Like other ex-European colonies in Southeast Asia, Singapore retains many historical and colonial structures, Victoria Theatre and Concert Hall being one of these.

Built in 1862 as Singapore’s town hall, the complex has since been used as an exhibition centre, a performance venue, and even as a hospital. Today, its most recognisable feature i.e. the clock tower is also a permanent symbol of the civil district. Together with the statue of Sir Thomas Stamford Raffles before it, don’t you think this is the perfect setting for a boss battle? One in which the founder of modern Singapore comes to monstrous life while the hands of the clock spin frantically? I’m getting sacrilegious here. So I’d leave the rest to your fertile imagination.

Suntec City was constructed in the 90s as a multi-use complex, with the Fountain of Wealth being its showpiece. Conceptualised using the concepts of Feng Shui, the fountain was built to resemble a wealth-gathering crucible, while the towers around it symbolise the fingers of a cupping hand.

Touristy and cheesy, the fountain was nonetheless one of the most visited Singapore landmarks back then, with rows of tourists eager to wet their hands at the centre geyser. To me, it is exactly this gimmicky nature that makes the fountain perfect for an outrageous RPG adventure.

A gathering of wealth? How about an actual focusing of mythical energy, thereafter transforming the fountain into a super weapon that can disintegrate wicked galactic foes? Once more, a little gaming imagination is all that’s necessary to bring this landmark to life in a video game. In a flash, it could go from being an ambition for wealth to a civilisation-saving superweapon.

The Cathay Building at 2 Handy Road enjoys many titles, not all of which are celebratory.

The first and tallest skyscraper in Singapore in the 30s, it was Singapore’s first air-conditioned cinema and one of the colony’s most renowned art-deco buildings. During the Japanese occupation, it became the headquarters for various bureaus of the occupying force, before serving as the HQ for Lord Louis Mountbatten after liberation.

Perched atop quiet Fort Canning Hill in the heart of the civil district, Fort Canning Arts Centre is another relic of Singapore’s colonial past. Originally a British army barracks, the building was utilised by the Singapore Armed Forces following independence before conversion into squash courts and offices in the 70s. Nowadays, it’s a performance ground for various art festivals and events. An example being the highly popular Shakespeare in the Park performances

Strictly speaking, Fort Canning Arts Centre ought not to be on this list. Most locals wouldn’t think of it if asked about Singapore landmarks. Yet, consider this. This is still a building that’s near a hundred years old; a large house on a hill too. If you’ve visited Fort Canning outside of festival days, you’d know how quiet the vicinity is as well.

What do these translate into? Gothic horror, dear readers. I wouldn’t want to be within this building or anywhere near it after closing hours, no matter the circumstances. Unless you’re supernaturally talented, like in video games, I suspect you would feel the same way as me.

These Singapore Landmarks are Also Perfect For …

These 7 Singapore landmarks could all be conveniently visited within a day. (You need to have good legs, though) Here’s my recommendation.

I suggest setting off before lunch. This means you’d likely wouldn’t get to see the night performances of the Fountain of Wealth. However, timed correctly, you could catch the various light and laser shows at Marina Bay Sands and Gardens by the Bay. 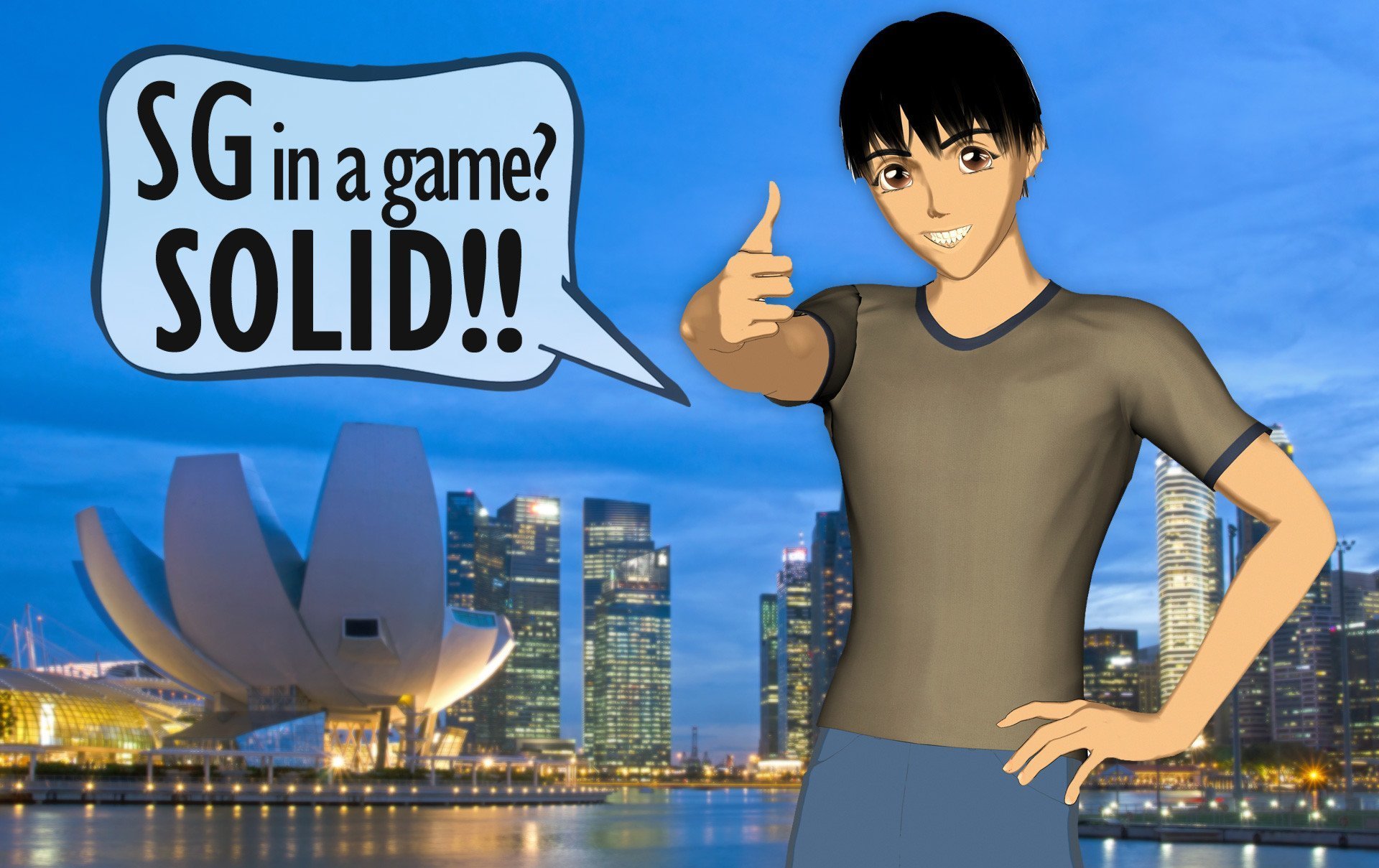 Article Name
These Singapore Landmarks Are Perfect for Video Games! – Downtown Edition
Description
Small as we are, Singapore is not short of intriguing landmarks. Here are 7 Singapore landmarks that are picture perfect for video games.
Author
The Scribbling Geek
Tags:GamesPhotographySingaporeTravel
tweet
Share on FacebookShare on Twitter