Returning to the tedious hobby of Electone arrangements after 27 years.

It’s one of those truly tedious but rewarding pastimes. Not too different from jogging, or jigsaw puzzles, or to an extent, writing.

Back when I was still attending lessons at Yamaha, I used to scribble one every month. Cole Porter compositions, Motown classics, half-transcribed Sadao Watanabe hits, the likes of. These were, of course, very raw and I have long since trashed all these out of embarrassment. Still, I had a great time experimenting with ideas and struggling to capture rhythms and chords. The kick from doing these arrangements, undoubtedly, was also a key factor in sustaining my interest in the Yamaha Electone throughout all those years.

Since returning to the Electone in 2008, I have sporadically toyed with the idea of doing arrangements again. I ended up … not finishing even one. Laziness and distractions are naturally the primary culprits but in my defence, I would highlight it was also due to the task not being as streamlined as I thought it would be with current technologies.

Despite all sorts of notation software available online, none fully cater to the Electone style of notation. This situation is made worse by the unique symbols increasingly use in Electone arrangements: Memory buttons, sequence notes, 2nd Pedal, Aftertouch, S.A., and so on. Not that these are completely undoable with the current softwares available, but it’s just tedious. Very tedious. In most cases, it is often far easier to just write everything with a pencil.

Yeah. The good old pencil. And rulers and erasers. The requisites for all homemade Yamaha Electone arrangements.

Which then brings about slanting lines. Uneven stems. Blotches from repeated erasing. Oh gosh! I spilt cola on my manuscript!!!

… … … What excuses have I been giving myself? Shameful! What happened to my perseverance from the 80s?!

So yes! I’ve given myself a good kick and finally gotten down to finishing an Electone arrangement for the Stagea ELS-02C.

As for the song, which is very important for I needed it to sustain my determination, I chose the opening theme from my favourite American television series EVER. The opening theme for the first season of Wonder Woman in 1975.

Naturally, this is also to coincide with Diana’s return to the big screen this week. Oh! How long we fanboys have waited for this. How long I’ve waited!

Without further ado, here are the files! Inclusive of registration data for the Stagea ELS-02s.

(The registration is in a .zip file. You’d need to unzip this and extract the files within to a folder on your USB) 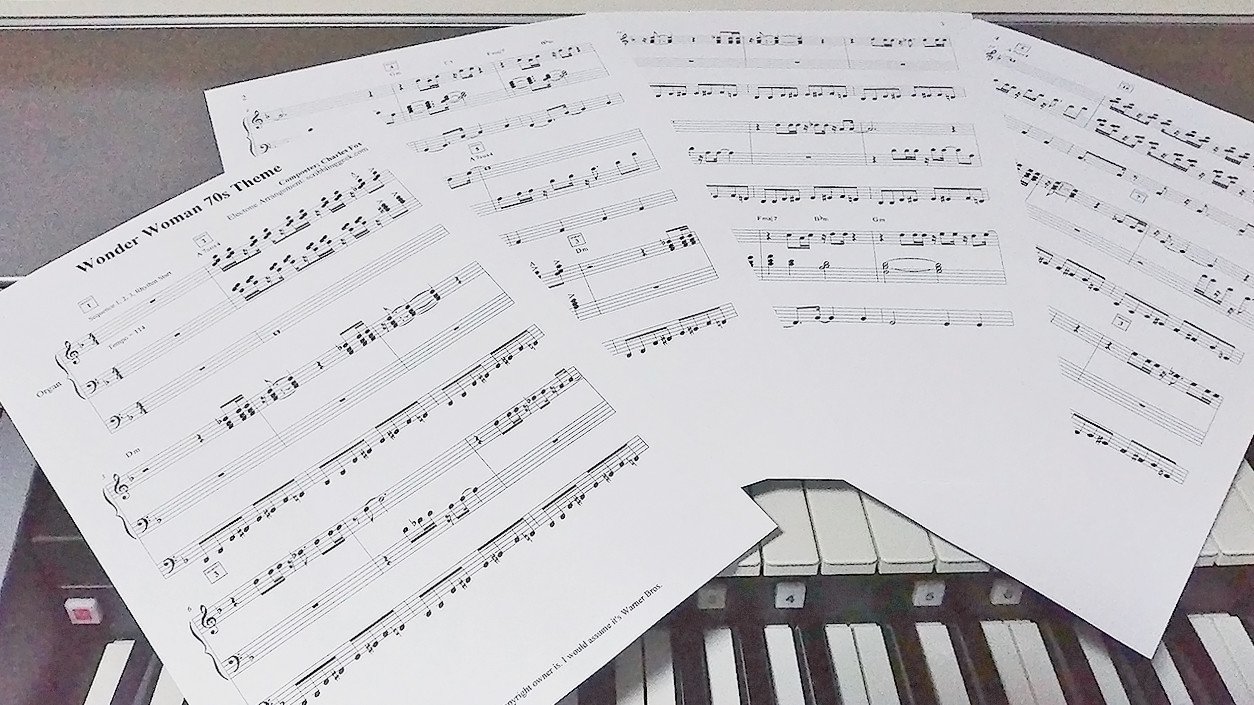