Scribbling GeekApril 5, 20172 commentsGamesJapan
Comparison of Persona 5 Dungeons with those in earlier episodes and the Shin Megami Tensei series.

A quick post on Persona 5 dungeons. The first of which I completed two nights ago.

But before all else, let me present this image:

This is what comes to mind whenever I think of the word “dungeon.” As in featureless and repetitive tunnels supposedly representing entire castles or towns. Or massive labyrinths you can’t move two squares down without triggering an encounter.

It feels like only yesterday that I was doing my best imagining I was adventuring in post-apocalyptic Shinjuku. All I had before me were black lines and flat colours. But you know what, it was still exhilarating despite the simplicity. Shin Megami Tensei I remains one of the best JRPGs I’ve ever played.

The first Persona game was released for the PlayStation 1 thereabout four years after SMT 1. There were loads of gameplay and graphics improvements, obviously, and dotted here and there were unique looking rooms. But with that also came loading issues. Every encounter brought on a loading screen, which became truly unbearable before long. In spite of that, I still completed the game. I also deeply enjoyed the macabre story. (So many Marys!!!)

Persona 3 and 4 upped the standards substantially, as you can see above. Everything was essentially still a maze, but there was no longer such a heavy labyrinth feeling everywhere.

Between 2008 and now, Atlus also went into hand-held console craze. It released a flurry of titles, both remakes and new ones, for the PSP, DS and 3DS. Again, there were many improvements but even with Shin Megami Tensei IV and Apocalypse, there was still that retro dungeon feeling. I remember several reviews declaring these titles to be homages to the retro dungeon crawling era. Not all of these reviews were positive.

For the first time ever since 1996, I am NOT getting that repetitive labyrinth feeling! There are still lots of corridors in the dungeons, especially in Mementos, but all are intersected with enough variety of background or quirky dialogue to remove dungeon crawling tedium.

Perhaps I’m imagining things, but the Persona 5 dungeons also feel smaller and faster to clear. Unlike what I anticipated earlier, the lack of a save-whenever-you-want function turned out not to matter that much. You would never be stuck in a dreary situation you can’t get out of.

Writing this post gets me emotional, almost on the verge of tears. How much has gaming improved! How fast time flies too! Have I really been playing Shin Megami Tensei and Persona for over twenty years? Wasn’t it only yesterday that I shivered after my first “step” into underground Tokyo? (And made that solemn promise to one day get lost in the actual labyrinths of Shinjuku?)

Seems like there are indeed things to look forward to in life. Small things. Perhaps unimportant and irrelevant to many too. But these are what prevents us from slipping into shadowy gloom.

All screengrabs belong to Atlus.
If you haven’t, please, start playing Persona 5 today! 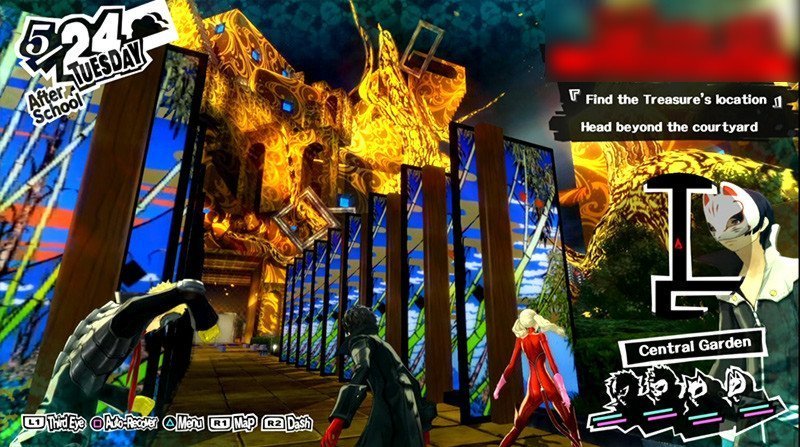 Article Name
Persona 5 Dungeons
Description
Comparison of Persona 5 dungeons with those in earlier episodes and the Shin Megami Tensei series. It’s an emotional experience for me.
Author
The Scribbling Geek
Tags:GamesJapan
tweet
Share on FacebookShare on Twitter