Hey! You’re Being Investigated For …

Despite efforts of the Singaporean government, the notorious DHL parcel scam and all its variants continue to plague citizens of the city state.

The age of information brought with it instant connectivity, unending entertainment, and immediately sharing of experiences.

Along with it also came ever-evolving scams. Fraudsters ready to target you twenty-four hours a day.

I’m taking about the notorious DHL parcel scam, which has plagued Singapore for over half a year as of today. For the benefit of folks who have not heard about it, or lucky enough not to suffer similar versions in their countries, this is a stunningly simple scam involving no more than a couple of phone calls.

It goes like this. The victim receives a call from someone claiming to be from the border control authority of China, and is accused of smuggling contraband into China. To facilitate investigations, or to prevent immediate arrest by local policemen, the victim is to remit an administrative sum to China. The victim is then given an overseas account number, and coerced into immediately transferring the funds.

Yes. It’s that simple. That … ridiculous. Yet, an astonishing number of Singaporeans fell prey to the DHL parcel scam. Initially, the victims were mainly elderly folks. Of late, working adults as young as thirty joined the growing list of the scammed. In a July newspaper report, the Singaporean Police shared that over a hundred people were scammed. A staggering twelve million dollars was lost.

Naturally, the police heightened efforts to caution the public about the scam. This improved the situation somewhat, with remittance firms and banks now also on lookout for potential victims. There were a few arrests too. Sadly though, scammers reacted correspondingly to the increased scrutiny and came up with deadlier versions of the scam. A while ago, some Singaporeans received SMSes directing them to a website to “pay” overdue utilities bills. Yesterday, the newspapers reported the tragic case of a 41 year old woman who lost eighty thousand dollars. This lady received a call informing her that she was under investigation for money laundering, and was to assist with investigations by imputing her bank details into a website. The moment she did so, money was swiftly transferred away.

What’s most appalling was that the website was an imitation of the actual Singaporean police official website. In her panic, the poor woman must have really thought she was under the limelight in some financial investigation. And who could blame her for falling prey? If you received such a call in the night, or while flustered at work, wouldn’t there be that likelihood of you letting your guard down and doing whatever the scammers ask?

Why Do Singaporeans Fall Victim To The DHL Parcel Scam?

Firstly, the Singaporean police has done a lot to date to warn about the scam. Collateral have been put up and distributed. Cases of remittance firms or banks stopping money transfers by victims are also well publicised. Of course, there were several TV features about the cases too.

At the same time, there’s a lot of talk about the DHL parcel scam in the streets and on the Net. Every Singaporean I’ve ever discussed these scams with knew about them. Everybody seems to be on their guard too. Some, might I add, even concocted very exotic schemes to deal with potential fraudsters.

And yet, yet, people continue to be conned.

This leads me to speculate why Singaporeans are so susceptible to something as simplistic (moronic) as the DHL parcel scam. Is it because we are, forgive me for saying this, that stupid? That unsophisticated? Is it because the bulk of our people are so ignorant that so few know that cross-border investigations are never done that way? That if the police is truly investigating your funds, they’d go straight to the bank, without any need to ask you for your account number?

Or is it because of the patriarch nature of our society? While Singapore is all modern and glittering on the exterior, we are very much a classic Asian patriarch society. The government is big brother, and it is looked upon with a curious mix of awe, fear, respect, and dread. People panic when they are told big brother is frowning on them. When they panic, they stop thinking. Then they do foolish things, and scammers enjoy a windfall.

Or maybe, just maybe, some of these victims have done questionable things in the past, and that’s why they panicked when told authorities are eyeballing them. I know that this is an incredibly unfair and callous thing to say. But that really feels to be the only reasonable explanation. If you have never freighted anything to China before, why would a call from the Chinese border control terrify you? You’d slam down the phone right away, wouldn’t you? Or you would head to the police station to clarify matters. Why would you remit huge sums of money to facilitate “investigations?”


So many questions. So many possibilities. No answers.

All I can say is, sociologists and criminologists would one day write tomes about these cases.

Hopefully, by the time they do so, this insidious scam and all its variants are long gone from our shores. 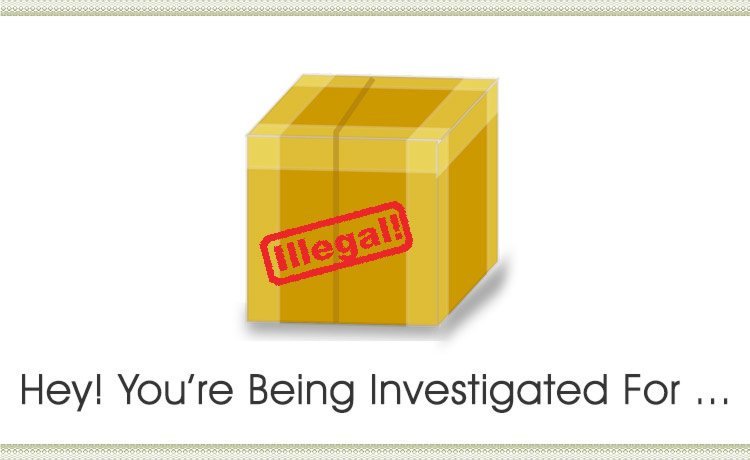 Article Name
The Great DHL Parcel Scam
Description
Despite efforts of the Singaporean government, the notorious DHL parcel scam and all its variants continue to plague citizens of the city state.
Author
The Scribbling Geek

the authorThe Geek
Geek, gamer, writer, movie lover, photographer, and occasional graphic artist. I like to consider myself a one-stop content creator of sorts. But the truth is, I obsess over too many hobbies.
All posts byThe Geek
show 2 comments