Scribbling GeekJuly 15, 2016No commentSingaporeSinglishThoughts
Witch hunting existed throughout history. Focus on not giving mobs a reason to go hysterical, rather than blame the outcome.

“Yes, I’ve heard. I also heard he did the usual things. Closed all his social media accounts and all that. He’s probably out of Singapore by now.”

“A bit poor thing, right? Just say one wrong thing and kena shit like that.”

I stared at F, more than a little surprised by his sympathy. “Don’t you support this sort of witch hunting? You told me you read all those pro Singapore alternate news sites the whole day?”

“Eh, hallo. I read alternate news sites doesn’t mean I support everything they say, okay? I can think for myself. This sort of witch hunting, no good lah!”

“Well, I’m glad to hear that. Although …” I considered, and decided it was better left unsaid. “Nah. Nothing.”

“Erm, yah, it’s witch hunting. It’s mob mentality. Again. But in this case, I think the dude actually deserves it.”

“WHAT? Eh, kena sacked overnight like that leh! Just for one statement. You think that’s alright?”

“I didn’t say it’s right. For that matter, I’m also not saying I support witch hunting, or mob mentality, or whatever experts like to call it. What I’m saying is, this guy practically begged for it. He went and touched on the most sensitive topic in Singapore now. He’s the type all online vigilantes love to hate. What kind of reaction did he expect? Of course all the anti-immigration people would jump on him lah!”

“Yah, I agree he was stupid. But that doesn’t mean he should be sacked, right? Anyway, that was his own account. Not his company’s. You mean you agree that companies should get involved in the private lives of its staff? Surely not, correct?”

“For the record, I think this whole report-to-your-boss-if-you-did-something-wrong-in-public practice, is evil and malicious. But in the case of this guy, I don’t think it’s as clear cut as that.” I pointed at F’s smart phone. “You go check it out. Go read some articles on online PR and SEO and all that. See how professionals in those areas rely on reputation and good social media standing to do their work. This guy was hired as an expert for those things! But he went and kicked up a shit storm just like that. Over a game! If I’m his boss, I’d be damn suspicious of his abilities.”

“Maybe … maybe,” F nibbled his lower lip for quite a while before he found his response. “Maybe it’s some sort of image creation loh. All those YouTube gamers also like to scold bad words wah. I also scold bad words all the time.” He laughed.

“But you don’t work for a corporation, right? You aren’t doing online promotion for a corporation? And nope,” I stopped him before he retorted. “I’m NOT saying your personal life needs to be monitored if you’re working for a large company. I’m simply saying there’s sufficient reason for this guy’s boss to question his ability.”

I gave F a moment to digest, before continuing. “Mobs existed throughout history. We will never be able to do away with them, however many kindness movements or online petitions we have. In my opinion, the task is therefore not to feed them. Not to give them any reason to get hysterical. In the case of this guy, he ought to know these, given the nature of his work. But he didn’t. Or he chose not to care. This makes me wonder whether he actually knows his job at all. My guess, his boss probably suspected the same and used the whole incident as an excuse to sack him.”

“Seems that way, right? By the way, I think the boss was also quite smart with what he wrote in HardWareZone. He played the whole incident to his company’s advantage. But it makes me wonder, you know. Why on earth did he hire an online promotion person, when it’s obvious he’s an expert himself?”

“Maybe. But funny hoh. End up, he’s the one doing the real PR. The one who became a hero.”

This witch hunting post is written in Singlish. Or the colloquial form of English spoken by Singaporeans. 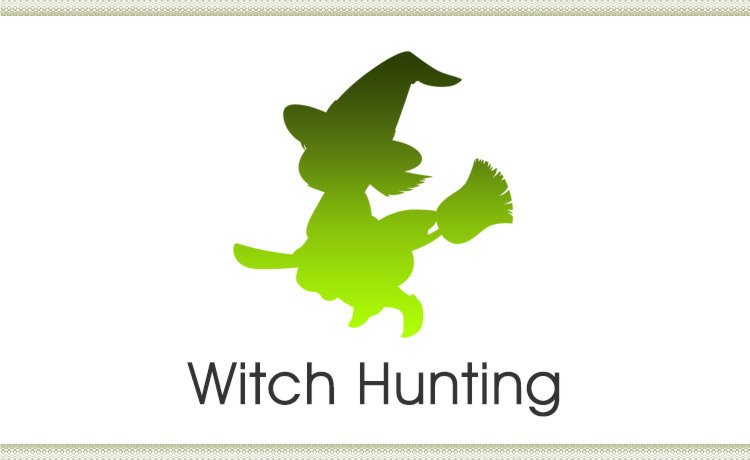